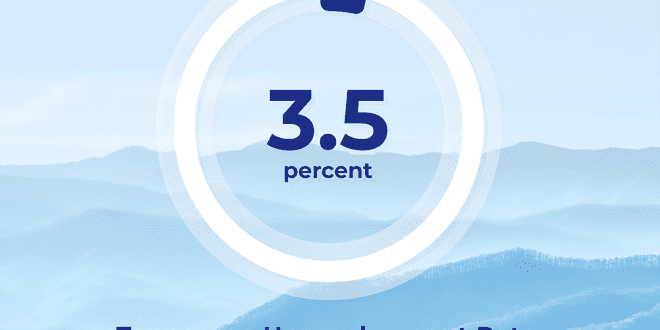 (TDLWD press release) Tennessee ended 2022 with continued low unemployment across the state. The seasonally adjusted rate for December came in at 3.5%, which was unchanged from November. For the entirety of 2022, the statewide unemployment rate reached a low of 3.2% and never went above 3.5%.
In a year-to-year comparison, the statewide unemployment rate is down 0.1 of a percentage point from 3.6% to 3.5%.
Tennessee employers sustained job growth in December, adding 1,500 nonfarm positions statewide. The largest increase came in the trade, transportation, and utilities sector. The government sector added the second-largest number of jobs, followed by the mining, logging, and construction sector.
Over the year, Tennessee’s businesses helped the state’s economy grow with an increase of 104,800 new nonfarm jobs. The education and health services sector experienced the largest increase in new jobs, followed by the trade, transportation, and utilities sector, and then the leisure and hospitality sector.
An in-depth analysis of December’s unemployment and labor force data can be found here.

Nationally, the seasonally adjusted unemployment rate decreased slightly when compared to November, down 0.1 of a percentage point to 3.5%.

Jim Harris has been WYSH's News & Sports Director since 2000. In addition to reporting local news, he is the play-by-play voice for Clinton High School football, boys' and girls' basketball and baseball. Catch Jim live weekdays beginning at 6:30 am for live local news, sports, weather and traffic plus the Community Bulletin Board, shenanigans with Ron Meredith and more on the Country Club Morning Show on WYSH. Jim lives in Clinton with his wife Kelly and daughter Carolina, and cats Oliver, Bow and Libby.
Previous OR planners OK new Weigel’s site plan
Next TSSAA approves lacrosse as sanctioned sport