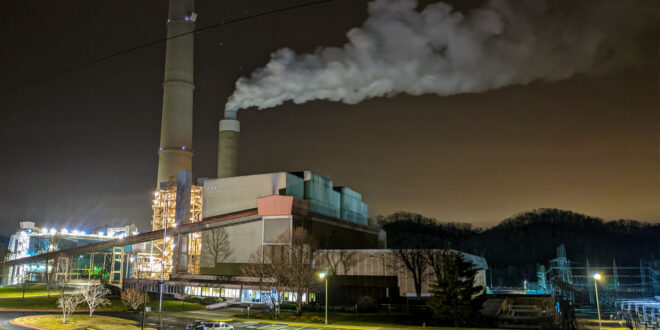 TVA has extended the public comment period on the environmental assessment of the Bull Run Fossil Plant in Claxton that was issued as part of the utility’s process of shuttering the coal-fired power plant by the end of this year following a public hearing earlier this month. The new deadline is now February 2nd, extended from January 19th.
The meeting on January 12 was held to allow officials to answer questions and hear comments concerning the issuance of a pollutant discharge elimination system permit to TVA for the facility.
The permit would authorize TVA to discharge cooling water, processed wastewater, and stormwater runoff from Bull Run, as well as operation of a cooling-water intake system.
About 30 people attended this month’s hearing.

TDEC is responsible for issuing the water permits on behalf of the federal Environmental Protection Agency (EPA) but the regulations can—and often do–change with different presidential administrations, which they did in 2020.

The day after that meeting, January 13th, TVA extended the public comment period through February 2.

TVA says the project area covers approximately 252 acres on the 750-acre site located on Edgemoor Road. All or most of the buildings and structures within the project area are being considered for removal. Decommissioning activities would begin upon unit shutdown in preparation for deactivation and demolition. Decommissioning includes the removal of components that may be used at other TVA sites, draining of oil/fluids from equipment, removal of ash from the boilers, removal of information technology assets, removal of plant records, etc.

The Draft EA was produced by TVA pursuant to the National Environmental Policy Act (NEPA) to evaluate the project alternatives and preferred alternatives and analyze the potential impacts on the environment associated with the decontamination and deconstruction of Bull Run Fossil Plant.

Your comments are invited to the Draft EA. Comments may be submitted online or mailed to Ms. Kunkle at the address below. To be considered, comments must be received no later than February 2, 2023. Please note that any comments received, including names and addresses, will become part of the project administrative record and will be available for public inspection.

More information on this environmental review can be obtained from:

Jim Harris has been WYSH's News & Sports Director since 2000. In addition to reporting local news, he is the play-by-play voice for Clinton High School football, boys' and girls' basketball and baseball. Catch Jim live weekdays beginning at 6:30 am for live local news, sports, weather and traffic plus the Community Bulletin Board, shenanigans with Ron Meredith and more on the Country Club Morning Show on WYSH. Jim lives in Clinton with his wife Kelly and daughter Carolina, and cats Oliver, Bow and Libby.
Previous Community Action announces commodity card sign-ups
Next ORAU reminds educators that Extreme Classroom Makeover applications are due Jan. 31