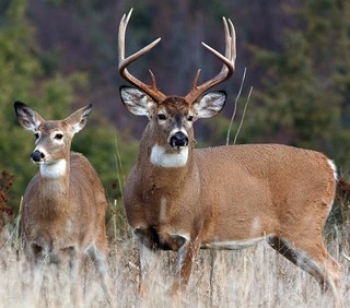 THP: Watch out for deer on the roads

Jim Harris November 10, 2022 Featured, Local News Comments Off on THP: Watch out for deer on the roads 56 Views

Officials with the Tennessee Highway Patrol are asking drivers to be extra careful on state roads over next couple of months, which is deer mating season.

The months of November and December carry a higher risk of crashes caused by deer due to factors like deer mating and hunting season.

During mating season, officials point out that deer are less aware of their surroundings and can run out in front of vehicles without warning, especially in more rural areas.

Deer tend to move around during the hours around dawn and dusk and officials caution that when you see one, you are likely to see at least one more in hot pursuit.

Nationally, deer cause about 1.5 million crashes every year, with about 200 people killed and many more injured in accident involving deer.

The THP offers these tips to help prevent deer-related crashes:

State law does allow people to take home a deer hit and killed by a vehicle for food as long as they contact their local TWRA regional office and report the accident within 48 hours.

Jim Harris has been WYSH's News & Sports Director since 2000. In addition to reporting local news, he is the play-by-play voice for Clinton High School football, boys' and girls' basketball and baseball. Catch Jim live weekdays beginning at 6:30 am for live local news, sports, weather and traffic plus the Community Bulletin Board, shenanigans with Ron Meredith and more on the Country Club Morning Show on WYSH. Jim lives in Clinton with his wife Kelly and daughter Carolina, and cats Oliver, Bow and Libby.
Previous RSCC Campbell to host manufacturing industry job fair
Next State Ag, Ed Departments join forces in support of FFA