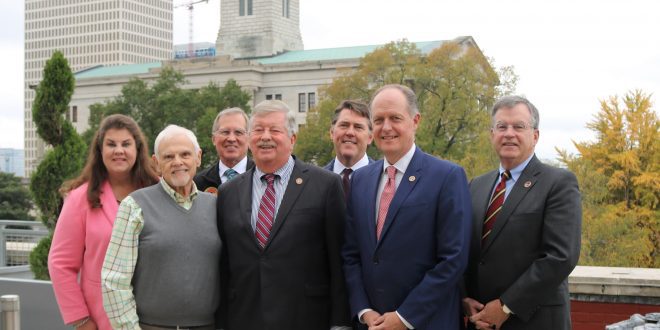 Lt. Governor McNally said in a press release, “I am honored once again to be chosen by my Senate Republican colleagues as their nominee for Speaker of the Senate. Our Senate team is full of strong, conservative servant leaders dedicated to their constituents and the state of Tennessee. I am proud to have their support and I am looking forward to working with them and the entire Senate to keep Tennessee the best state in the nation to live, work and raise a family.”

Leader Johnson said, “I am grateful for the support of this group of senators who are deeply committed to serving the people of their districts. The stability of our leadership team enables us to continue effectively pursuing policies that have helped make Tennessee a great place to live, work and raise a family. Our business-friendly policies and low taxes not only strengthen the state’s economy but also strengthen Tennessee families by providing good jobs. In the 2023 legislative session we will work continue the responsible, conservative governance that Tennesseans expect.”

Chairman Yager said, “It is an honor to serve again as Caucus Chairman to such a hardworking, talented and committed group of individuals. Across the state, Tennesseans have put their trust in the Republican members of the Senate where it is reflected in the recent elections. Remarkably, our caucus members represent citizens in all 95 counties of the state, and I intend to help maintain this status as Caucus Chairman. The Senate Majority will maintain Tennessee’s conservative record so that we can continue to lead the nation in fiscal stability, economic development, and job growth that supports a quality way of life in Tennessee.”

Caucus members also voted to nominate Senator Paul Bailey (R-Sparta) and Senator Steve Southerland (R-Morristown) to serve on the Joint Fiscal Review Committee. The committee conducts a continuing review of the financial operations of state government.   The nominees will be confirmed by a resolution of the full Senate when the General Assembly convenes.

The meeting was held as lawmakers prepare to open the first session of the 113th General Assembly on January 10.  Republicans hold a 27-6 majority in the State Senate.

Jim Harris has been WYSH's News & Sports Director since 2000. In addition to reporting local news, he is the play-by-play voice for Clinton High School football, boys' and girls' basketball and baseball. Catch Jim live weekdays beginning at 6:30 am for live local news, sports, weather and traffic plus the Community Bulletin Board, shenanigans with Ron Meredith and more on the Country Club Morning Show on WYSH. Jim lives in Clinton with his wife Kelly and daughter Carolina, and cats Oliver, Bow and Libby.
Previous RSCC set to host Lighting of the Tree in Roane County
Next Repair work begins on bridges across GSMNP