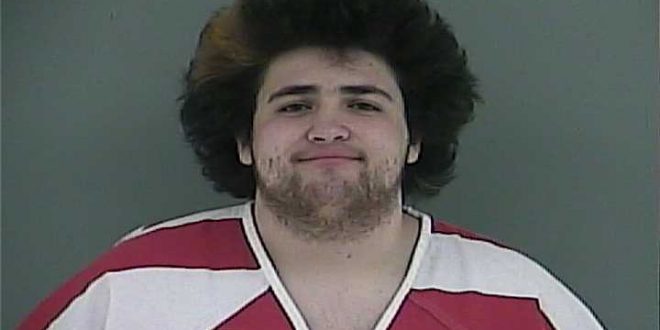 An Oak Ridge man was arrested Tuesday in connection to an armed robbery that occurred at a gas station on Lake City Highway.

The Anderson County Sheriff’s Office responded to a 911 call of an armed robbery at the Rocky Top 76 gas station and, when they arrived, were told that a man later identified as 21-year-old Carlos W. Hernandez, Jr. of Oak Ridge had entered the store armed with a handgun and demanded money. An ACSO press release says that video surveillance footage showed Hernandez holding two gas station employees at gunpoint while he took money from the register before fleeing the scene.

Security footage from outside the store allowed deputies to identify the vehicle that the suspect arrived and fled in, and new technology at the ACSO’s disposal allowed investigators to track the vehicle down to an area of South Clinton, During a sweep of that area by Sheriff’s deputies, Clinton police officers and members of the 7th Judicial District’s Crime Task Force, the vehicle was spotted outside a home on Unaka Street.

Hernandez was apprehended a short time later, according to the ACSO, and charged with two counts each of armed robbery and aggravated kidnapping, as well as with one count each of theft (between $1000-$2500) and tampering with evidence.

As of Wednesday morning, Hernandez remained in custody at the Anderson County Jail without bond.

No one was injured in the robbery.

Jim Harris has been WYSH's News & Sports Director since 2000. In addition to reporting local news, he is the play-by-play voice for Clinton High School football, boys' and girls' basketball and baseball. Catch Jim live weekdays beginning at 6:30 am for live local news, sports, weather and traffic plus the Community Bulletin Board, shenanigans with Ron Meredith and more on the Country Club Morning Show on WYSH. Jim lives in Clinton with his wife Kelly and daughter Carolina, and cats Oliver, Bow and Libby.
Previous Maverick QB Martinez named a Finalist for 4A Mr. Football
Next Harbour Drive in Clinton has been reopened