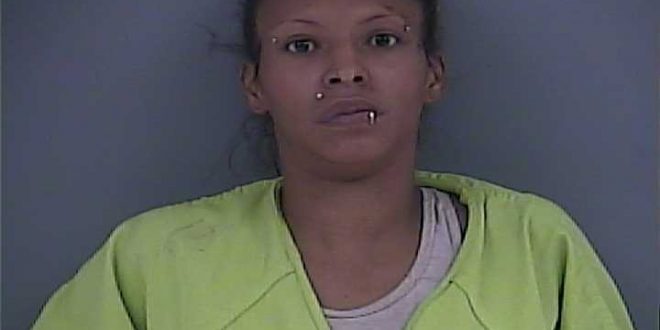 UPDATE: This story has been updated with more details of the crash and the criminal charges filed against the driver of the car that struck the school bus.

No students were hurt in a crash involving an Anderson County school bus on Tuesday afternoon, but the driver of the other vehicle involved was injured, according to the Tennessee Highway Patrol.

The THP reports that a 2002 Toyota Echo driven by 34-year-old Alisa Seiber of Clinton had been headed north on Lake City Highway (US25W) at around 3:15 pm. A witness traveling behind Seiber said that she was traveling at a “high rate of speed” and driving “erratically” in the moments before the crash. A school bus driven by 70-year-old Brenda Osborne, also of Clinton, attempted to turn left off of Granite Road on to Lake City Highway. The report indicates that Osborne did not see the oncoming car and Seiber’s vehicle struck the bus on the front right tire.

The Toyota then spun around and became airborne, coming to rest on the right side of the roadway on its top in a ditch. The bus came to a controlled stop in the northbound lanes, according to the THP report.

The bus was carrying 16 students from Dutch Valley Elementary School, but none of them were injured, nor was the driver. Seiber was injured in the crash, although the report does not indicate the nature or severity of her injuries.

Her injuries were minor enough that she was booked into the Anderson County Jail on Tuesday evening on eight counts of contempt of court and one count of introducing contraband into a penal facility. She was released Wednesday after posting bond.

Jim Harris has been WYSH's News & Sports Director since 2000. In addition to reporting local news, he is the play-by-play voice for Clinton High School football, boys' and girls' basketball and baseball. Catch Jim live weekdays beginning at 6:30 am for live local news, sports, weather and traffic plus the Community Bulletin Board, shenanigans with Ron Meredith and more on the Country Club Morning Show on WYSH. Jim lives in Clinton with his wife Kelly and daughter Carolina, and cats Oliver, Bow and Libby.
Previous AAA offers Halloween safety tips for drivers, trick-or-treaters
Next Trunk or Treat at First Baptist