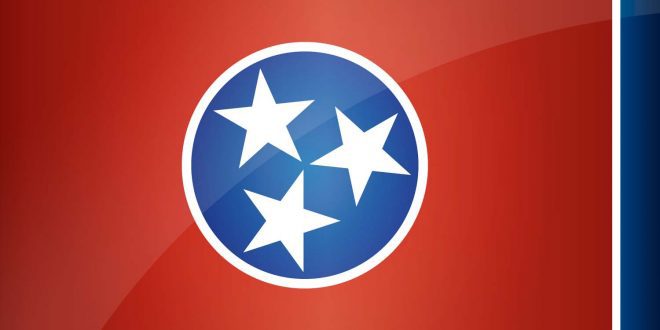 Tennessee agencies, including some from Anderson, headed to Florida for hurricane response

Jim Harris September 27, 2022 Featured, Local News Comments Off on Tennessee agencies, including some from Anderson, headed to Florida for hurricane response 166 Views

The Volunteer State is once again living up to its name, sending several resources to Florida to aid as that state prepares for the arrival of Hurricane Ian. Monday, Governor Bill Lee announced that the Tennessee Emergency Management Agency had sent over three dozen emergency responders to the Sunshine State and Tuesday morning, announced that he had authorized the deployment of approximately 1200 members of the Tennessee National Guard to support response and recovery efforts.

That includes the Anderson County EMS, which has sent a team of two to aid in disaster response in Florida as the Sunshine State prepares for the anticipated landfall of the storm.

Scott Thomas, a Critical Care Paramedic and assistant director of Anderson County EMS, and Bobbie Jo Henderson, a paramedic and deputy director of education, both deployed to Central Florida Monday afternoon, according to a release from EMS and the County Mayor’s Office.

Thomas and Henderson, with assistance from other EMS employees, outfitted an Anderson County ambulance with additional supplies and personal needs and joined other ambulance crews from across Tennessee as part of a strike team of EMS and disaster response workers who are responding to aid those in the projected path of Hurricane Ian.

The Type IV A-Team consists of two individuals from TEMA’s Preparedness Division and will deploy for 14 days to assist with resource requests and operational needs in Florida.

“Anderson County EMS has deployed for similar situations previously, and is honored to help those in need when we can,” Director Nathan Sweet wrote in an e-mail to county commissioners Monday afternoon. “We do not know their mission, nor the exact response location at this time.

“We are fortunate to be in a position that we can continue to provide the same level of coverage here to our community, and send help to Florida. I am proud of our staff who will drop everything here to leave so quickly and go so far away from home to help people they have never met,” Sweet said.

Sweet said he was contacted Sunday and was asked if Anderson County EMS might have any units available for a possible deployment to Florida the next day. By Monday morning, the team was on alert and by noon, the deployment was activated. Thomas and Henderson had their ambulance packed and ready to go within two hours.

The strike team members could be asked to help with emergency medical services. Also, there could be people in hospitals and nursing homes that aren’t able to evacuate.

“We ask everyone to please pray for the people of Florida as well our team members and all the other first responders who are answering the call for help,” Anderson County Mayor Terry Frank said in the press release.

“As Florida braces for the impact of Hurricane Ian, Tennessee emergency service professionals are traveling to the area to help the state prepare and to provide support after the storm,” said Gov. Bill Lee in a statement issued by TEMA on Monday. “We are proud of men and women who have stepped up to represent the Volunteer State and provide critical, life-saving services to Floridians in need.”

Florida could start feeling Ian’s effects as early as today, with hurricane conditions potentially hitting the state Wednesday, according to the National Weather Service.

This isn’t the first time Anderson County EMS employees have deployed as part of strike teams to aid those in other areas, according to the Mayor’s Office. Team members have deployed twice previously to Florida for hurricane relief.

The ambulance strike teams include a total of 37 members and will deploy for 14 days. In addition to the Anderson County EMS, the teams represent departments from the following Tennessee agencies and counties:

“I commend our emergency service professionals for again answering the call to help those in need. Their dedication and service will be critical in the aftermath of Hurricane Ian,” said TEMA Director Patrick Sheehan. “Tennessee is a leader in volunteering to supporting other states with mutual aid and we are proud to provide these vital capabilities to our neighbors in Florida.”

Maj. Gen. Jeff Holmes, Tennessee’s Adjutant General, announced today that Tennessee Governor Bill Lee authorized the deployment of roughly 1,200 Soldiers and Airmen from the Tennessee National Guard to support response and recovery efforts for Hurricane Ian, which is expected to make landfall in Florida on Thursday.

“As Florida braces for the impact of Hurricane Ian, the Tennessee National Guard stands ready to support response and recovery efforts in the aftermath of the storm,” said Gov. Bill Lee. “I commend our Guardsmen and women for representing the Volunteer State and answering the call to help Floridians in need.”

Guardsmen throughout the state are currently being notified through their respective commands and will be preparing to assist the Florida National Guard with post-hurricane recovery and debris removal. Currently, the Jackson’s 194th Engineer Brigade will be the Task Force Headquarters element and units from both the 278th Armored Cavalry Regiment and the 230th Sustainment Command will be mobilizing specific units to support the task force. Three helicopters with the 1-230th Assault Helicopter Battalion are also scheduled to assist.

“We have a tremendous amount of experience responding to natural disasters like hurricanes, floods, and tornadoes and we are ready to help the citizens of Florida,” said Holmes. “It is why we wear the uniform and once again it’s the strength of the National Guard on display. We’re grateful for the families, employers, and communities for their continued ongoing support to our Guardsmen.”

The Tennessee National Guard and the Tennessee Emergency Management Agency have been communicating with their counterparts in Florida and the National Guard Bureau over the past few days to prepare for this activation. States have mutual support agreements with nearby states in case of emergencies or large-scale disasters. This allows for National Guard forces to mobilize rapidly to respond to emergencies in other states. Florida and Tennessee have a pre-existing mutual support agreement already in place for just such an emergency.

Jim Harris has been WYSH's News & Sports Director since 2000. In addition to reporting local news, he is the play-by-play voice for Clinton High School football, boys' and girls' basketball and baseball. Catch Jim live weekdays beginning at 6:30 am for live local news, sports, weather and traffic plus the Community Bulletin Board, shenanigans with Ron Meredith and more on the Country Club Morning Show on WYSH. Jim lives in Clinton with his wife Kelly and daughter Carolina, and cats Oliver, Bow and Libby.
Previous Clarice Deaton Smith
Next TBI: Man indicted in connection to 2020 Jellico fire