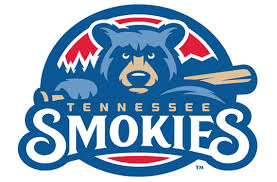 The Tennessee Smokies fell to the Chattanooga Lookouts 5-3 Thursday night at AT&T Field. The Lookouts took the lead for good against Tennessee’s bullpen in a three-run sixth inning.

The Smokies (70-64, 33-32) got off to a fast start, getting a two run lead thanks to RBI singles from Luis Vazquez and Bryce Windham in the second inning. The Lookouts (59-74, 25-39) did get a run to cut the lead to one, however, Cole Roederer hit his eighth home run to push the lead back to two.

Smokies’ starter Dalton Stambaugh had a solid outing on the mound, going four innings, allowing six hits and one run while striking out six. His replacement out of the bullpen, RHP Jarod Wright (L, 0-2), was charged with his second loss of the season after going 1.2 innings and allowing three runs on three hits and three walks, all of which came in the Lookouts’ three-run sixth.

The Smokies will play the fourth game of their final series of the regular season Friday night against the Chattanooga Lookouts at AT&T Field.

Jim Harris has been WYSH's News & Sports Director since 2000. In addition to reporting local news, he is the play-by-play voice for Clinton High School football, boys' and girls' basketball and baseball. Catch Jim live weekdays beginning at 6:30 am for live local news, sports, weather and traffic plus the Community Bulletin Board, shenanigans with Ron Meredith and more on the Country Club Morning Show on WYSH. Jim lives in Clinton with his wife Kelly and daughter Carolina, and cats Oliver, Bow and Libby.
Previous New security booths installed at Y-12 ahead of schedule, under budget
Next State unemployment up slightly in August