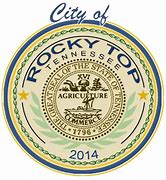 According to the Courier News, the Rocky Top City Council earlier this month approved a measure that will allow city residents to keep chickens in their backyard.

The paper reports that the Council approved an amendment to the city’s animal ordinances that will allow residents to keep up to three hens—no roosters—on property less than an acre in size, and up to six hens on parcels an acre or larger.

Chickens will have to be housed at night in a city-approved henhouse to prevent escape and to keep predators and other animals from “becoming a nuisance.” According to the Courier, anyone wishing to keep chickens on their property will have to apply for a permit that can be renewed annually for $25.

Read more about it in today’s edition of the Courier News, which also reported that City Manager Michael Foster’s contract was renewed for five more years. Foster, who resides in Clinton, was recently elected to the Anderson County Commission representing District 2.

Jim Harris has been WYSH's News & Sports Director since 2000. In addition to reporting local news, he is the play-by-play voice for Clinton High School football, boys' and girls' basketball and baseball. Catch Jim live weekdays beginning at 6:30 am for live local news, sports, weather and traffic plus the Community Bulletin Board, shenanigans with Ron Meredith and more on the Country Club Morning Show on WYSH. Jim lives in Clinton with his wife Kelly and daughter Carolina, and cats Oliver, Bow and Libby.
Previous Microplastics the focus of presentation at UT Arboretum
Next David Lee Nelson, 62, of Clinton