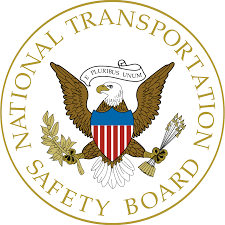 Federal investigators have released their initial findings in last month’s small plane crash that killed a pilot in Campbell County.

A single-engine aircraft crashed early on the afternoon of August 29th just outside the Campbell County Airport, killing the pilot and lone occupant, James Cole.

The National Transportation Safety Board (NTSB) released its preliminary findings on Wednesday.

In its report, investigators wrote that a friend of the pilot told them that Cole had purchased the airplane only the day before the accident. The witness told investigators that this was Cole’s first flight in 20 years, and that he had just wanted to “take it up for a flight.” She recalled that, shortly after takeoff, the plane–an Aeronca 7AC–made a “sharp” turn to the left and descended below the tree line.

The plane was found nose-down in a field near the airport runway, and investigators reported that the engine and avionics instruments had been destroyed by the impact.

A full report could take several more weeks, if not months.

Jim Harris has been WYSH's News & Sports Director since 2000. In addition to reporting local news, he is the play-by-play voice for Clinton High School football, boys' and girls' basketball and baseball. Catch Jim live weekdays beginning at 6:30 am for live local news, sports, weather and traffic plus the Community Bulletin Board, shenanigans with Ron Meredith and more on the Country Club Morning Show on WYSH. Jim lives in Clinton with his wife Kelly and daughter Carolina, and cats Oliver, Bow and Libby.
Previous UCOR: Oak Ridge crews begin deactivating massive facility at Y-12
Next Community fire safety event planned for October 15th