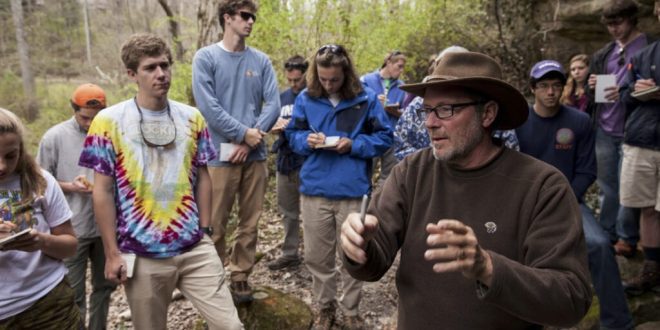 Microplastics the focus of presentation at UT Arboretum

On Thursday, September 29th at 7 pm, the UT Arboretum Society is excited to announce that it will return to in-person programming at the UT Arboretum Auditorium as Dr. Martin Knoll updates attendees on microplastics in the Tennessee River and other locations worldwide.

The presentation is entitled “Microplastics in the Tennessee, Cumberland and Rhine Rivers: Why We Should Care,” and is open to the public.

Microplastic particles have been discovered in almost all environments on planet Earth. Recent research has identified several negative health impacts of these plastics on aquatic life. Microplastics have also been found in the lungs and bloodstream of humans. According to the Arboretum Society, this presentation will focus on Dr. Knoll’s own research investigating the concentration and types of microplastics found in the Tennessee, Cumberland and Rhine Rivers. Special emphasis will be placed on Dr. Knoll’s recent findings about the major sources of these microplastics and what might be done to reduce their numbers.

He taught for 5 years at Winthrop University in Rock Hill, SC, before returning to Sewanee in 1993 to teach Geology and Hydrology. He chairs the Department of Earth & Environmental Systems there. His research interests include the geology of the Mojave Desert, groundwater and stormwater dynamics on the Cumberland Plateau of Tennessee, insects in Baltic amber, landscape evolution of southwest Germany, and microplastics in the Tennessee, Cumberland, Rhine and Danube Rivers. In 2017 he was project director for the Tenneswim, the most ambitious analysis of water quality in the Tennessee River ever conducted. He lives with his wife, 3 sons, and an English Bulldog in Sewanee, Tennessee.

The UT Arboretum Auditorium is located at 901 S Illinois Avenue in Oak Ridge (37830).

No registration is necessary, but organizers say that seating is limited. The program is sponsored by the UT Arboretum Society and Tennessee Citizens for Wilderness Planning.

Jim Harris has been WYSH's News & Sports Director since 2000. In addition to reporting local news, he is the play-by-play voice for Clinton High School football, boys' and girls' basketball and baseball. Catch Jim live weekdays beginning at 6:30 am for live local news, sports, weather and traffic plus the Community Bulletin Board, shenanigans with Ron Meredith and more on the Country Club Morning Show on WYSH. Jim lives in Clinton with his wife Kelly and daughter Carolina, and cats Oliver, Bow and Libby.
Previous Changes to limit pharmacy choices for veterans
Next Report: Backyard chickens okayed in Rocky Top