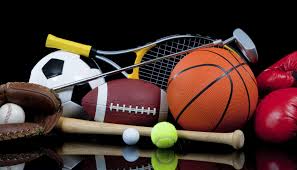 The AP high school football polls were released on Monday after the conclusion of week 5 of the regular season.

In Class 6A, Maryville remains #3.

In Class 5A, West remains #2, with Karns and Powell in the “others receiving votes” category.

In Class 4A, Greeneville remains ensconced at #1 with Anderson County firmly entrenched in the #2 spot.

In Class 3A, Alcoa continues to sit atop the poll, with Gatlinburg-Pittman ranked sixth, Sweetwater 7th and Kingston fell to 10th after losing to Sweetwater on Friday.

Jim Harris has been WYSH's News & Sports Director since 2000. In addition to reporting local news, he is the play-by-play voice for Clinton High School football, boys' and girls' basketball and baseball. Catch Jim live weekdays beginning at 6:30 am for live local news, sports, weather and traffic plus the Community Bulletin Board, shenanigans with Ron Meredith and more on the Country Club Morning Show on WYSH. Jim lives in Clinton with his wife Kelly and daughter Carolina, and cats Oliver, Bow and Libby.
Previous UCOR announces small business diversity event
Next Shultz Hollow Haunted Forest coming soon

Friday night, the Clinton Dragons fell to the visiting Powell Panthers by the final score …