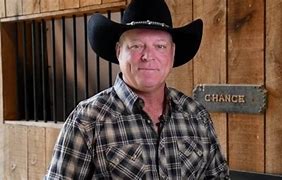 The Tennessee Highway Patrol says that the bus had been carrying Montgomery and his team to a concert in North Carolina when the accident happened on I-75 South near the Tennessee/Kentucky state line.

The bus left the roadway, hit an embankment and overturned.

The right lane of traffic at the accident scene was closed for several hours as crews worked to right the vehicle.

Montgomery said in a statement that he suffered broken ribs and some cuts, but that he is “doing well.” The star’s statement also says that other passengers on the bus are also recovering from injuries.

Montgomery says that he will take the next “couple of weeks” to heal and hopes to get back out on tour soon.

(Statement from John Michael Montgomery) Yesterday we had a serious accident on the way to a concert in North Carolina. Everyone that was on the bus is recovering from their injuries.

Despite some cuts and broken ribs, I am doing well. I will take some time over the next couple of weeks to heal and be back on the road soon. I am grateful to the medics and highway patrol for their quick response to this difficult situation. Thanks to everyone for their concerns.

Jim Harris has been WYSH's News & Sports Director since 2000. In addition to reporting local news, he is the play-by-play voice for Clinton High School football, boys' and girls' basketball and baseball. Catch Jim live weekdays beginning at 6:30 am for live local news, sports, weather and traffic plus the Community Bulletin Board, shenanigans with Ron Meredith and more on the Country Club Morning Show on WYSH. Jim lives in Clinton with his wife Kelly and daughter Carolina, and cats Oliver, Bow and Libby.
Previous Lucas Shoffner released from ICU
Next Single lane closures this week, next on Spur