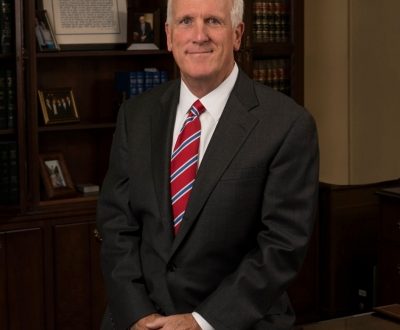 Tennessee Attorney General Herbert H. Slatery III Monday announced that the state will be joining a nationwide Anti-Robocall Litigation Task Force of 50 attorneys general to investigate and take legal action against the telecommunications companies responsible for bringing a majority of foreign robocalls into the United States. According to a press release, this bipartisan nationwide task force has one goal: to cut down on illegal robocalls.

“We wouldn’t be bombarded with robocalls if it wasn’t benefitting certain companies in the telecommunications industry,” said General Slatery. “These calls are not only a nuisance but a scam risk to many in Tennessee and nationwide. I appreciate my fellow attorneys general coming together to hold bad actors accountable.”

The Task Force has issued civil investigative demands to 20 gateway providers and other entities that are allegedly responsible for a majority of foreign robocall traffic. Gateway providers that bring foreign traffic into the U.S. telephone network have a responsibility to ensure the traffic is legal, but these providers are not taking sufficient action to stop robocall traffic. In many cases, they appear to be intentionally turning a blind eye in return for steady revenue. The Task Force will focus on the bad actors throughout the telecommunications industry- to help reduce the number of robocalls Tennesseans receive and benefit the companies that are following the rules.

According to the National Consumer Law Center and Electronic Privacy Information Center, more than 33 million scam robocalls are made to Americans every day. These scam calls include Social Security Administration fraud against seniors, Amazon scams, and many other scams targeting all consumers, including some of our most vulnerable citizens. Nearly 30 billion dollars was stolen through scam calls in 2021. Most scam robocall traffic originates overseas. The Task Force is focused on shutting down the providers who profit from this illegal scam traffic and refuse to take steps to stop it.

To avoid scams and unwanted calls:

Jim Harris has been WYSH's News & Sports Director since 2000. In addition to reporting local news, he is the play-by-play voice for Clinton High School football, boys' and girls' basketball and baseball. Catch Jim live weekdays beginning at 6:30 am for live local news, sports, weather and traffic plus the Community Bulletin Board, shenanigans with Ron Meredith and more on the Country Club Morning Show on WYSH. Jim lives in Clinton with his wife Kelly and daughter Carolina, and cats Oliver, Bow and Libby.
Previous LaFollette Council votes to have Wallen succeed Roehl
Next AAA offers back-to-school safety tips for drivers, students