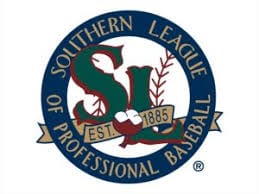 Jim Harris August 9, 2022 Local Sports Comments Off on Perlaza makes it back-to-back Player of the Week honors for Smokies 28 Views

(TN Smokies) Tennessee Smokies outfielder Yonathan Perlaza has been named the Southern League Player of the Week, the league announced Monday, marking the second consecutive week that a Smokie outfielder has taken home Player of the Week honors, after Bradlee Beesley won it last week.
Perlaza led the Smokies at the top of the lineup, as he batted first and played right field in all six games of the Smokies series-split with the Rocket City Trash Pandas. Twice, Perlaza led off the game with a home run, giving him three lead-off homers on the season. For the week, Perlaza went deep five times as he slashed .417/.500/1.125 with 10 hits, eight RBIs and six runs scored.
In the month of August, Perlaza leads the Southern League in home runs (5), slugging (1.125), OPS (1.625) and total bases (27), and he shares the league-lead in RBIs (8) and extra-base hits (7).
With his 19th home run of the season Sunday, Perlaza tied Adam Melhuse (1999) for the most home runs by a Smokies switch hitter in a single season. On Wednesday, Perlaza became the first Smokie to hit a home run from both sides of the plate. The Paramo Tucani, Venezuela, native is now tied with Alexander Canario for the Smokies lead in home runs.
Perlaza and the Smokies will begin a six-game homestand with the Mississippi Braves Tuesday night at Smokies Stadium, at 7:15 p.m.

Jim Harris has been WYSH's News & Sports Director since 2000. In addition to reporting local news, he is the play-by-play voice for Clinton High School football, boys' and girls' basketball and baseball. Catch Jim live weekdays beginning at 6:30 am for live local news, sports, weather and traffic plus the Community Bulletin Board, shenanigans with Ron Meredith and more on the Country Club Morning Show on WYSH. Jim lives in Clinton with his wife Kelly and daughter Carolina, and cats Oliver, Bow and Libby.
Previous Historic Downtown Clinton announces Phase 1 of Walking Tour complete
Next Shirley J. Spessard Moore