(Submitted) ORNL Federal Credit Union (ORNL FCU) is excited to bring back award-winning guitarist and songwriter Molly Tuttle to its Summer Sessions concert series on Saturday, August 20 in Oak Ridge. Tuttle and her band Golden Highway will be joined by opening act Barnstar!, a bluegrass band making its first appearance at Summer Sessions.

A native of California, Tuttle continues to push her songwriting in new directions and transcend musical boundaries. Since moving to Nashville in 2015, she has worked with many of her peers and heroes in the Americana, folk, and bluegrass communities, winning Instrumentalist of the Year at the 2018 Americana Music Awards. Tuttle’s 2019 debut album, When You’re Ready, received critical acclaim, with NPR Music praising its “handsomely crafted melodies that gently insinuate themselves into the memory,” and the Wall Street Journal lauding Tuttle’s “genre-boundary-crossing comfort and emotional preparedness,” calling the record an “invigorating, mature and attention-grabbing first album.”

Tuttle’s accolades also include Folk Alliance International’s honor for Song of the Year for “You Didn’t Call My Name,” from her 2017 Rise EP, and consecutive trophies for the International Bluegrass Music Association’s Guitar Player of the Year; she was the first woman in the history of the organization to win that honor.

All Summer Sessions concerts are FREE to the public and will be held from 6:00 PM to 9:00 PM at the amphitheater in Bissell Park, 1401 Oak Ridge Turnpike in Oak Ridge, TN.

The community is invited to bring their lawn chairs and join their friends and family for an evening of free Americana roots music. Local food truck vendors will also be on-site serving delicious treats and drinks. Stay informed about performances and weather-related cancellations by following us on our Facebook page or visiting www.thesummersessions.com.

The final Summer Sessions concert will be held on Saturday, September 17 and will feature Songs from the Road Band and Henhouse Prowlers.

Jim Harris has been WYSH's News & Sports Director since 2000. In addition to reporting local news, he is the play-by-play voice for Clinton High School football, boys' and girls' basketball and baseball. Catch Jim live weekdays beginning at 6:30 am for live local news, sports, weather and traffic plus the Community Bulletin Board, shenanigans with Ron Meredith and more on the Country Club Morning Show on WYSH. Jim lives in Clinton with his wife Kelly and daughter Carolina, and cats Oliver, Bow and Libby.
Previous Braves hammer Smokies, 10-3
Next ORCB announces Labor Day concert details 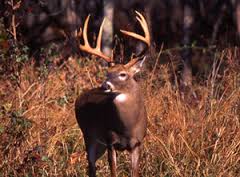 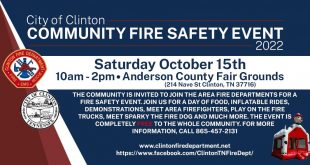 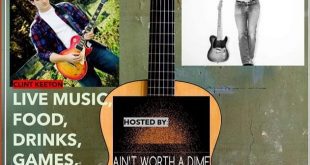 Have a little fall fun in Claxton on Saturday