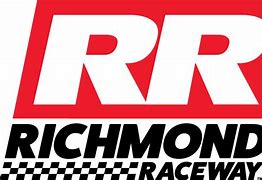 Now the driver of the No. 4 Stewart-Haas Racing Ford has a two-race winning streak.

The NASCAR Cup Series victory was Harvick‘s fourth at the 0.75-mile short track — his first there since 2013 — and the 60th of his career, tying him with Kyle Busch for most among active drivers and ninth all-time.

Harvick led twice for 55 laps, passing eventual sixth-place finisher Joey Logano for the lead on Lap 334 and regaining it from Denny Hamlin on Lap 353 at the end of a cycle of green-flag pit stops.

In the battle for the last position in the Playoffs, Ryan Blaney widened his advantage over Martin Truex Jr. despite finishing 10th to Truex‘s seventh. The difference was in stage points. Blaney scored 11 to none for Truex and now leads the 2017 series champion by 26 with two races left in the regular season.

That was the story of Chandler Smith‘s dominating victory in Saturday night‘s Worldwide Express 250 at Richmond Raceway.

Smith took charge of the second event in the NASCAR Camping World Truck Series Playoffs when he won the race off pit road under caution on lap 75 — during the break between the first and second stages.

That was the ballgame. Smith led the final 175 laps through two cautions, one for the second stage break and one for an accident in Turn 1 involving Nick Leitz and playoff driver Carson Hocevar.

With his third victory of the year and fifth of his career, Smith earned automatic advancement to the second round of the playoffs, joining Grant Enfinger, who won the playoff opener at Lucas Oil Indianapolis Raceway Park.

Jim Harris has been WYSH's News & Sports Director since 2000. In addition to reporting local news, he is the play-by-play voice for Clinton High School football, boys' and girls' basketball and baseball. Catch Jim live weekdays beginning at 6:30 am for live local news, sports, weather and traffic plus the Community Bulletin Board, shenanigans with Ron Meredith and more on the Country Club Morning Show on WYSH. Jim lives in Clinton with his wife Kelly and daughter Carolina, and cats Oliver, Bow and Libby.
Previous AC GOP meeting moved to SBC for this month
Next BCSO: Missing Clinton man’s body recovered from Little River