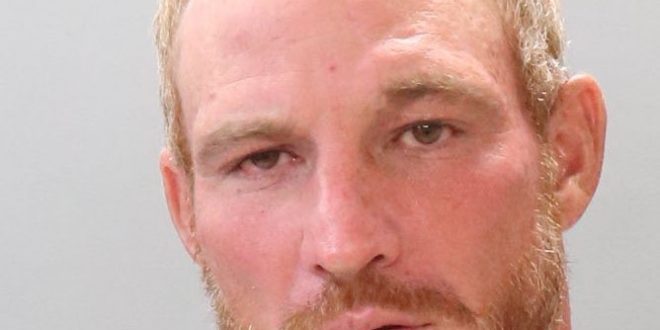 Man jailed in Knox after attack in Campbell

A Campbell County Sheriff’s Office employee attempting to provide mobile crisis services was stabbed Friday evening, allegedly by a man she was trying to help.

LaFollette Police say that 54-year-old Angela Worley of Jacksboro was contacted by 40-year-old Cameron Jones, who asked her to drive him to the Tennova Hospital in LaFollette for an evaluation.

According to police, while on her way to pick Jones up, she saw him walking down the road, stopped and picked him up to continue the drive to the hospital. At some point after he got in the car, police say that Jones reached over and slammed the car into “Park” and started stabbing Worley repeatedly.

Worley was able to get out of the car and flag down another driver, who stopped and drove the injured woman to the Tennova ER. Worley was later transported to UT Medical Center, where at last check, authorities said she was listed in stable condition.

Jones was arrested a short time later after showing up at the emergency room with the knife allegedly used in the attack and charged with attempted criminal homicide. He is being held in the Knox County Jail.

Jim Harris has been WYSH's News & Sports Director since 2000. In addition to reporting local news, he is the play-by-play voice for Clinton High School football, boys' and girls' basketball and baseball. Catch Jim live weekdays beginning at 6:30 am for live local news, sports, weather and traffic plus the Community Bulletin Board, shenanigans with Ron Meredith and more on the Country Club Morning Show on WYSH. Jim lives in Clinton with his wife Kelly and daughter Carolina, and cats Oliver, Bow and Libby.
Previous Charles “David” Fredricks, age 54
Next 2 members of ACSO injured–one critically–in traffic accident