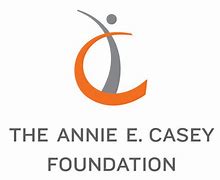 Newly released data show Tennessee ranks 36th in overall child well-being, according to the 2022 KIDS COUNT® Data Book, a state-by-state report of recent household data developed by the Annie E. Casey Foundation that analyzes how children and families are faring across the country.

In its release of the report, the Foundation says that children in America are in the midst of a mental health crisis, struggling with anxiety and depression at unprecedented levels.

The annual report sheds light on the health, economic and other challenges affecting American children as well as how those challenges are more likely to affect children of color.

Despite its 36th-place ranking, Tennessee has seen a slight improvement in overall child well-being and has seen ranking improvements in some areas. As the pandemic ebbs, officials write that “it is critical that Tennessee strengthen support for children to ensure positive trends continue.”

Tennessee’s highest ranking is in Education, where the state ranks 25th nationally, leading the Casey Foundation to write, “While national advances have occurred in education, Tennessee has clearly improved more than average.”

Tennessee ranks 39th in the country in the Family and Community section, with the percentage of kids being raised in single-parent homes climbing slightly from 36% in the period from 2008 to 2012 to 37% between 2016 and 2020. Tennessee saw significant improvement in the number of teen births per 1000, with that figure falling from 43 in 2010 to 23 in 2020, mirroring the national trend, which saw that figure fall to 15 from 34 a decade ago. The percentage of children living in high-poverty areas fell from 14% at the end of 2012 to 10% in 2020, and the percentage of children living in families where the head of household does not have a high school diploma fell from 13% to 11% in that same time.

“The Data Book shows simply returning to a pre-pandemic level of support for children and families would shortchange millions of kids and fail to address persistent geographic, racial and ethnic disparities,” said Richard Kennedy, executive director of Tennessee Commission on Children and Youth, Tennessee’s member of the KIDS COUNT network.

The Data Book reports that children across America, and in more than 40 states and the District of Columbia, were more likely to encounter anxiety or depression during the first year of the COVID-19crisis than previously, with the national figure jumping 26%, from 9.4% of children ages 3-17 (5.8 million kids) to 11.8% (7.3 million) between 2016 and 2020, the year COVID-19 swept across the United States. This increase represents 1.5 million more children who are struggling to make it through the day. Data shows that nearly one in 10 Tennessee children are diagnosed with anxiety or depression, and that the Volunteer State is “trending in the wrong direction.”

Racial and ethnic disparities contribute to disproportionately troubling mental health and wellness conditions among children of color. Nine percent of high schoolers overall but, 12% of Black students, 13% of students of two or more races and 26% of American Indian or Native Alaskan high schoolers attempted suicide in the year previous to the most recent federal survey. Further, many LGBTQ young people are encountering challenges as they seek mental health support. Among heterosexual high school students of all races and ethnicities, 6% attempted suicide, while the share was 23% for gay, lesbian or bisexual students.

Each year, the Data Book presents national and state data from 16 indicators in four domains —economic well-being, education, health, and family and community factors — and ranks the states according to how children are faring overall. The data in this year’s report includes data from before the pandemic as well as more recent figures and represent the latest available.

“Mental health is just as important as physical health in a child’s ability to thrive,” said Lisa Hamilton, president and CEO of the Annie E. Casey Foundation. “As our nation continues to navigate the fallout from the COVID crisis, policymakers must do more to ensure all kids have access to the care and support they need to cope and live full lives.”

The Casey Foundation calls for lawmakers to heed the surgeon general’s warning and respond by developing programs and policies to ease mental health burdens on children and their families.

They urge policymakers to:

Here is a link to the full KIDS COUNT Data Book.

Here is a link to Tennessee’s State Profile.

Jim Harris has been WYSH's News & Sports Director since 2000. In addition to reporting local news, he is the play-by-play voice for Clinton High School football, boys' and girls' basketball and baseball. Catch Jim live weekdays beginning at 6:30 am for live local news, sports, weather and traffic plus the Community Bulletin Board, shenanigans with Ron Meredith and more on the Country Club Morning Show on WYSH. Jim lives in Clinton with his wife Kelly and daughter Carolina, and cats Oliver, Bow and Libby.
Previous Dennis “Doug” McGhee age 79 of Clinton
Next AC Charter Commission schedules meetings to finalize Charter