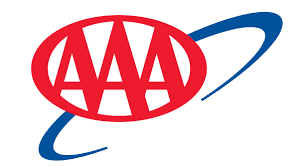 “After the state average fell below $4 per gallon last week, this week brings the good news that all major metro areas in the state now also have averages below $4 per gallon,” said Megan Cooper, spokeswoman for AAA – The Auto Club Group. “Oil and gasoline futures made notable gains last week, which could potentially cause falling gas prices to stall and level out, but it’s too early to tell. For now, Tennesseans can breathe a sigh of relief as they head into the seventh straight week of falling gas prices.”

Jim Harris has been WYSH's News & Sports Director since 2000. In addition to reporting local news, he is the play-by-play voice for Clinton High School football, boys' and girls' basketball and baseball. Catch Jim live weekdays beginning at 6:30 am for live local news, sports, weather and traffic plus the Community Bulletin Board, shenanigans with Ron Meredith and more on the Country Club Morning Show on WYSH. Jim lives in Clinton with his wife Kelly and daughter Carolina, and cats Oliver, Bow and Libby.
Previous Summer Pops Concert Sunday in Oak Ridge
Next Dorothy E. Smith, 90, of Heiskell