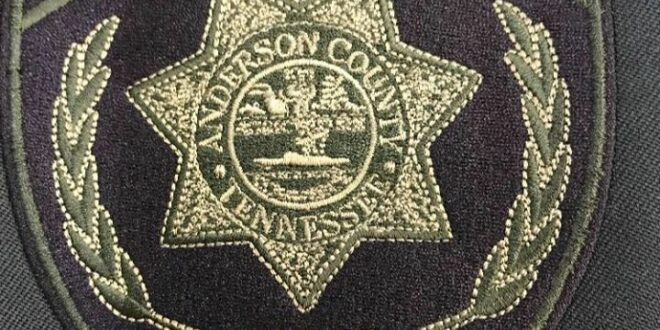 Two members of the Anderson County Sheriff’s Office were injured last week, one critically, when an off-duty deputy from Campbell County struck them with his pickup truck.

The accident happened last Monday, August 1st, at around 11:15 pm on Clover Circle in Campbell County, according to the Tennessee Highway Patrol. Off-duty Anderson County Reserve Deputy David Lucas Shoffner was helping his wife, ACSO reserve deputy Constance Nicole Shoffner, fix a chain on a small dirt bike by the side of the road, according to the THP, when a pickup driven by off-duty Campbell County Deputy Raymond Surber struck them and the motorcycle.

According to a GoFundMe page that has been set up for the couple, Nicole was struck and suffered what was described as a small fracture in her hip and a lot of road rash. Lucas, who likely saved Nicole’s life by shoving her to the side, according to the page, took most of the vehicle strike. He was left unconscious on scene and subsequently taken to UT Trauma. He’s currently in the Trauma Intensive Care Unit at UT Medical Center, and has been diagnosed with a brain bleed, a fractured skull, multiple facial fractures and has a blood clot in his main artery in his neck.

Due to her injuries, Nicole cannot walk without assistance or stand without pain, according to the post.

Both Shoffners served in the US Army, according to the GoFundMe, which goes on to say that “Lucas will be out of work for an undetermined but certainly lengthy period of time. Nicole is a reserve deputy, current member of the Air National Guard, and runs a phenomenal salon/beauty service, but is both unable, and unavailable to work as she is caring for Lucas. These funds will quite literally buy them the time they need to heal, the time they will need together as Lucas adjusts to whatever the “new normal” might be and will serve to alleviate one stressor as they face the challenges ahead.”

Surber was reportedly not wearing his seat belt but was not injured.

Officials with the Campbell County Sheriff’s Office confirmed that one of their deputies was involved in the crash in a Facebook post.

“Earlier this week, an off-duty officer of the Campbell County Sheriff’s Office was involved in a traffic accident in a privately owned vehicle. Two individuals involved with the accident sustained injuries. The Tennessee Highway Patrol is handling every aspect of the accident, and the Campbell County Sheriff’s Office is not involved with the investigation in any way. Any further questions should be directed to the Tennessee Highway Patrol. Please join us in praying for everyone involved, and for the full recovery of those who were injured.”

The THP’s initial report indicated that charges could be filed in connection to the crash but does not indicate what they might be.

Jim Harris has been WYSH's News & Sports Director since 2000. In addition to reporting local news, he is the play-by-play voice for Clinton High School football, boys' and girls' basketball and baseball. Catch Jim live weekdays beginning at 6:30 am for live local news, sports, weather and traffic plus the Community Bulletin Board, shenanigans with Ron Meredith and more on the Country Club Morning Show on WYSH. Jim lives in Clinton with his wife Kelly and daughter Carolina, and cats Oliver, Bow and Libby.
Previous Man jailed in Knox after attack in Campbell
Next Veterans Breakfast this Saturday