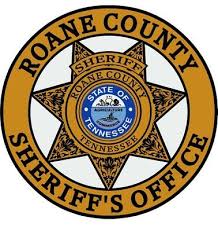 RCSO arrests man in connection to May double homicide

Deputies with the Roane County Sheriff’s Office have arrested a man in connection with a double homicide that occurred in May.

In a press release, the RCSO says that Lonnie Dale Wright was arrested Monday evening at a home in Harriman in connection to the deaths of Steve Groover and Cindy Scruggs, whose bodies were found inside their locked house on Buck Creek Road on May 16th. Wright was charged with two counts of first-degree murder as well as one count each of especially aggravated robbery, especially aggravated burglary, burglary of a motor vehicle, vandalism, and theft of a motor vehicle.

Investigators have not publicly commented on the cause of the couple’s deaths but did say at the time of the incident that both bodies were sent to the Knox County Regional Forensic Center for autopsies.

As of this morning (7/27/22), Wright was being held on bonds totaling $2 million bond and is due in court on August 9th.

Jim Harris has been WYSH's News & Sports Director since 2000. In addition to reporting local news, he is the play-by-play voice for Clinton High School football, boys' and girls' basketball and baseball. Catch Jim live weekdays beginning at 6:30 am for live local news, sports, weather and traffic plus the Community Bulletin Board, shenanigans with Ron Meredith and more on the Country Club Morning Show on WYSH. Jim lives in Clinton with his wife Kelly and daughter Carolina, and cats Oliver, Bow and Libby.
Previous MEDIC working with community to focus on sickle cell disease awareness, benefits of blood-based treatments
Next ACSO: Two missing juveniles safely located