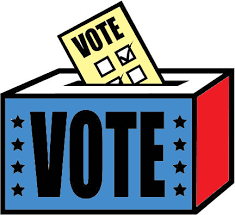 Early voting for the August 4th elections in Tennessee continues through this Saturday, July 30th.

On Tuesday (7/26), 390 people voted early in Anderson County, with 261 participating in the Republican primary, 112 in the Democratic primary, and another 17 who skipped the primaries and voted only in the county’s general election.

At the close of the polls Tuesday, which was the tenth day of early voting, 3538 Anderson Countians had already cast ballots in the election. Of those, 2472 people took part in the Republican primary, 930 votes have been cast in the Democratic primary, and 136 voters bypassed the primaries and only voted in the general election, which is headlined by races for all 16 seats on the County Commission.

In Anderson County, you can vote early weekdays from 10 am to 6 pm and this Saturday from 9 am to 12 noon at the Clinton Community Center, the Midtown Community Center in Oak Ridge, and at the North Anderson Government Office in Andersonville.

The deadline to request a ballot to vote absentee by-mail in the August 4th elections is this Thursday, July 28th.

For local voting information, visit the Anderson County Election Commission website at www.acelect.com, and for more on voting in the state of Tennessee, be sure to check out www.GoVoteTN.gov.

Jim Harris has been WYSH's News & Sports Director since 2000. In addition to reporting local news, he is the play-by-play voice for Clinton High School football, boys' and girls' basketball and baseball. Catch Jim live weekdays beginning at 6:30 am for live local news, sports, weather and traffic plus the Community Bulletin Board, shenanigans with Ron Meredith and more on the Country Club Morning Show on WYSH. Jim lives in Clinton with his wife Kelly and daughter Carolina, and cats Oliver, Bow and Libby.
Previous Accident causes major backup, minor injury
Next MEDIC working with community to focus on sickle cell disease awareness, benefits of blood-based treatments