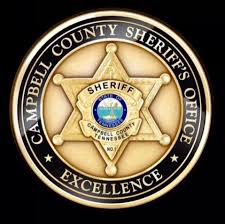 CCSO investigating after ‘disturbing’ letters left at churches, other locations

The Campbell County Sheriff’s Office is investigating after letters described as “disturbing” and “very concerning” were left at the front doors at several locations around the county.

The letters have been left on the front door of five local churches, a Masonic lodge, and at least one business according to CCSO.

The Sheriff’s Office says the letters do not contain any direct threats but described the content as disturbing. The FBI and the Tennessee Highway Patrol are assisting with the investigation. One of the seven locations reportedly had security cameras on-site, and authorities are examining the footage.

Due to the ongoing investigation, the sheriff’s office is not providing any additional details about the contents of the letters.  The only information about the letters Sheriff Robbie Goins was able to give was that they were each several pages in length and not hand-written, adding that they were “coherent,” and not all the same.

If your church or business has received one of the letters, you are asked to call Campbell County Sheriff’s Office Tip line at (423) 562-8095 or the FBI Knoxville office at (865) 544-0751. If possible, Goins says to not touch the letter to help preserve evidence.

The CCSO will hold what they are calling a town hall event on church safety on Thursday (June 23rd) at 6 p.m. at Jacksboro First Baptist Church.

Jim Harris has been WYSH's News & Sports Director since 2000. In addition to reporting local news, he is the play-by-play voice for Clinton High School football, boys' and girls' basketball and baseball. Catch Jim live weekdays beginning at 6:30 am for live local news, sports, weather and traffic plus the Community Bulletin Board, shenanigans with Ron Meredith and more on the Country Club Morning Show on WYSH & WQLA. Jim lives in Clinton with his wife Kelly and daughter Carolina, and cats Oliver, Bow and Libby.
Previous State education officials invite public input on Social Studies standards
Next Two escapees identified by ACSO 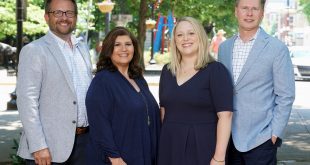 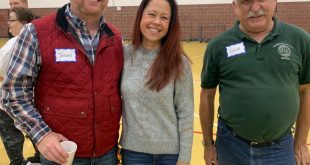