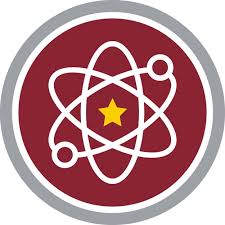 Student brings gun on to campus of school in Oak Ridge

A student at Robertsville Middle School in Oak Ridge brought a gun onto the campus earlier this week, according to a letter sent home to parents by school officials.

The letter informs parents that administrators received information from concerned students that one of their classmates had a gun on school property, and that after an investigation by school officials and the Oak Ridge Police Department, determined that was in fact, the case.

The letter states that there was no “inappropriate activity” involving the weapon aside from its unauthorized presence at school.  The letter also states that while several students who had knowledge of the situation did alert administrators, there were also several students who also knew about the gun and decided not to inform any adults, a fact that school officials indicated was “disappointing.”

The incident will be addressed under the Student Discipline Code of Conduct, and as the individual in question is a juvenile, officials did not release any identifying information such as age or gender.

Jim Harris has been WYSH's News & Sports Director since 2000. In addition to reporting local news, he is the play-by-play voice for Clinton High School football, boys' and girls' basketball and baseball. Catch Jim live weekdays beginning at 6:30 am for live local news, sports, weather and traffic plus the Community Bulletin Board, shenanigans with Ron Meredith and more on the Country Club Morning Show on WYSH & WQLA. Jim lives in Clinton with his wife Kelly and daughter Carolina, and cats Oliver, Bow and Libby.
Previous CBA: Vacation Bible Schools are just around the corner
Next Lenoir Museum exhibit to focus on area’s rich coal-mining history