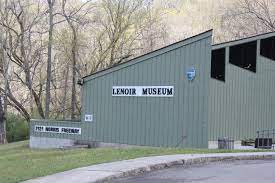 In partnership with the Coal Creek Miners Museum in Rocky Top, Norris’s Lenoir Museum will open a new exhibit dedicated to the area’s rich coal-mining history.

The exhibit will open on Thursday, May 19th at 3 pm at the Museum, located at 2121 Norris Freeway in Norris, just a half-mile from Norris Dam.  This May 19th marks the 120th anniversary of the Fraterville Mine Disaster of 1902, the worst mining disaster in Tennessee history, killing 216 miners. As the Tennessee State Library & Archives remembers, “miners investigating a collapsed wall ignited a pocket of methane gas and caused an explosion. Most of the miners were killed in the initial explosion, but 26 barricaded themselves into a passage before suffocating hours later. Knowing there was no hope for rescue, they wrote notes to their loved ones on the walls. The town of Fraterville was devastated by the loss as all but three of the town’s men were killed.”

89 of those miners are buried in the Fraterville Miners’ Circle in the Leach Cemetery, located behind Clear Branch Baptist Church. A monument at the center of the circle bears the names of all 184 miners who were identified. On May 19th, 2005, the circle was officially added to the National Register of Historic Places.

Prior to that, in the late 1800s, the community of Coal Creek, now known as Rocky Top, became famous across the nation for several significant historical, including the “Coal Creek War,” one of the largest labor uprisings in the country’s history.

The exhibit at the Lenoir Museum will officially open with a presentation by Charles “Boomer” Winfrey, a local expert on the rich local coal mining history. This new exhibit will feature rarely before seen photographs from the history of Coal Creek, and artifacts giving glimpses into the lives of the miners.

Jim Harris has been WYSH's News & Sports Director since 2000. In addition to reporting local news, he is the play-by-play voice for Clinton High School football, boys' and girls' basketball and baseball. Catch Jim live weekdays beginning at 6:30 am for live local news, sports, weather and traffic plus the Community Bulletin Board, shenanigans with Ron Meredith and more on the Country Club Morning Show on WYSH & WQLA. Jim lives in Clinton with his wife Kelly and daughter Carolina, and cats Oliver, Bow and Libby.
Previous Student brings gun on to campus of school in Oak Ridge
Next UCOR, OREM give electrical equipment to Oak Ridge