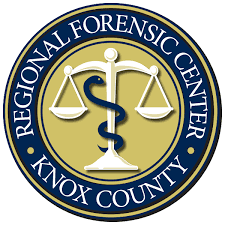 Overall deaths across Knox and Anderson counties rose more than 12% last year and accidental deaths climbed 32% from the previous year, according to the 2022 Annual Report released by The Knox County Regional Forensic Center (RFC).

The center serves as the Office for the Chief Medical Examiner for Knox and Anderson counties and provides autopsy and consultative services for 21 other counties in Middle and East Tennessee.

The annual report is designed to provide a snapshot of the center’s work each year, covering deaths that fall under the medical examiner’s jurisdiction.

The full report, which also includes data from the 21 “non-jurisdictional” counties can be found online here.

Last year saw a rise in deaths throughout Knox and Anderson counties compared to 2020. Some key findings include:

The Knox County Regional Forensic Center is accredited by the National Association of Medical Examiners. It has maintained such distinction since May 2010.

“Our team has been extremely busy, and the numbers clearly demonstrate that, “said Chief Medical Examiner Dr. Darinka Mileusnic-Polchan in the report summary. “Many of the deaths investigated by our office were preventable in nature with awareness, mindfulness, self-care, and respect for humankind.”

The annual Drug-Related Death Report that provides an overview of emerging drug trends for the counties the RFC serves will be released in the coming weeks.

Jim Harris has been WYSH's News & Sports Director since 2000. In addition to reporting local news, he is the play-by-play voice for Clinton High School football, boys' and girls' basketball and baseball. Catch Jim live weekdays beginning at 6:30 am for live local news, sports, weather and traffic plus the Community Bulletin Board, shenanigans with Ron Meredith and more on the Country Club Morning Show on WYSH. Jim lives in Clinton with his wife Kelly and daughter Carolina, and cats Oliver, Bow and Libby.
Previous Clinton Public Library announces 2022 Summer Reading, “Oceans of Possibilities”
Next Lorene Yarber Dew, age 92 of Brentwood, formerly of Norris