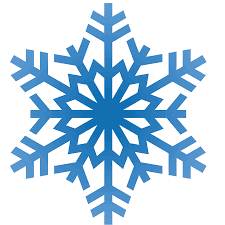 TDOT crews will be out today and tonight pre-treating roads across the state in anticipation of the wintry weather in the forecast for Thursday.  The department says it is stocked and ready to clear roadways of ice and snow. Salt supplies have been replenished in all 95 counties in preparation for the winter season, and crews have readied snow plows and brine trucks.

Unlike the last winter storm over the weekend, crews will be able to treat the roads with salt brine as this system is expected to present itself primarily in the form of snow rather than rain, which washes salt off the road surface.

TDOT’s statewide 2021/2022 winter weather budget is $25.6 million and includes salt, salt brine, overtime for employees, and equipment maintenance. The department has salt vendors to refill salt bins as needed in all 95 Tennessee counties.

TDOT currently has nearly 200,000 tons of salt and more than 1.5 million gallons of salt brine ready for use.
Salt brine is a salt/water mixture used for pre-treating roads before a winter storm or to melt snow on roadways when temperatures are hovering around the freezing mark. Salt is applied to roads once the snow has started to accumulate.

All things considered, TDOT says that if the weather comes in as expected and travel conditions deteriorate, the safest place for them to be is at home and off the roads.

For winter weather tips, travel information, and a regional breakdown of TDOT winter weather supplies and equipment, visit the TDOT website https://www.tn.gov/tdot/inclement-weather/ice—snow.html. We urge everyone to know before you go! Please check TDOT SmartWay for road conditions, incidents, and live traffic cameras. You can also follow @myTDOT on Facebook and Twitter for urgent traffic information.

Jim Harris has been WYSH's News & Sports Director since 2000. In addition to reporting local news, he is the play-by-play voice for Clinton High School football, boys' and girls' basketball and baseball. Catch Jim live weekdays beginning at 6:30 am for live local news, sports, weather and traffic plus the Community Bulletin Board, shenanigans with Ron Meredith and more on the Country Club Morning Show on WYSH & WQLA. Jim lives in Clinton with his wife Kelly and daughter Carolina, and cats Oliver, Bow and Libby.
Previous Reward offered in elk-poaching case
Next State announces grant opportunity for crime victim safe spaces for TN courthouses