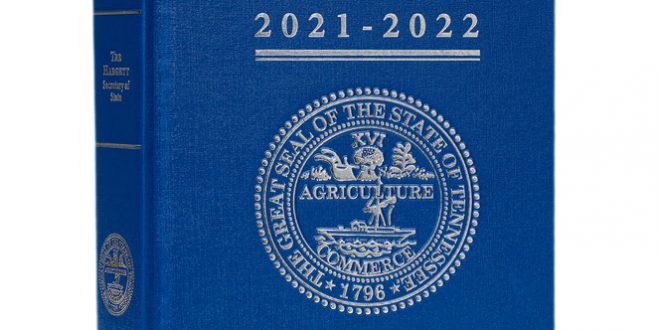 “I am proud to announce the 2021-2022 Tennessee Blue Book, our state’s official historical reference manual, is dedicated to our Comptroller Emeritus Justin P. Wilson,” said Secretary of State Tre Hargett. “Comptroller Emeritus Wilson is a true public servant, whose leadership in strong fiscal management and government accountability has had an untold impact on our state which will benefit Tennesseans for many years to come.”

Comptroller Emeritus Wilson served six terms as Tennessee’s 34th Comptroller of the Treasury. He previously served as Commissioner of the Tennessee Department of Environment and Conservation, as Deputy to the Governor for Policy under former Governor Don Sundquist and in leadership positions for numerous business, civic and charitable organizations.

The 2021-2022 Blue Book is available free of charge for any Tennessee resident. Tennesseans can request a copy through their representative in the General Assembly or the Secretary of State’s Division of Publications by email publications.information@tn.gov, phone 615-741-2650 or online at sos.tn.gov/bluebook-request.

View past editions of the Tennessee Blue Book online at sos.tn.gov/blue-book.

Jim Harris has been WYSH's News & Sports Director since 2000. In addition to reporting local news, he is the play-by-play voice for Clinton High School football, boys' and girls' basketball and baseball. Catch Jim live weekdays beginning at 6:30 am for live local news, sports, weather and traffic plus the Community Bulletin Board, shenanigans with Ron Meredith and more on the Country Club Morning Show on WYSH & WQLA. Jim lives in Clinton with his wife Kelly and daughter Carolina, and cats Oliver, Bow and Libby.
Previous Free workshops offered at Winter Farmers’ Market
Next World Wise Wednesday moved to OR Municipal Building 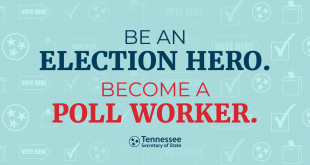