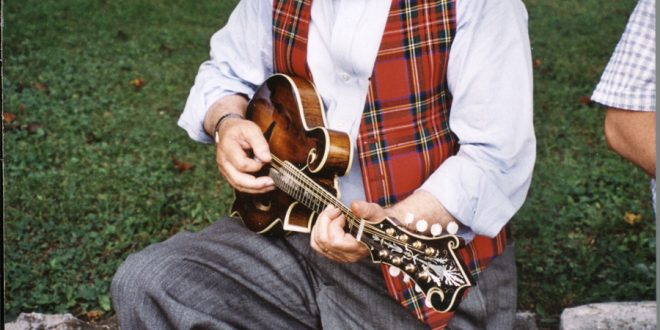 Monday afternoon, the Museum of Appalachia announced that its founder, John Rice Irwin, had passed away Sunday afternoon at the age of 91.

Mr. Irwin was nationally and internationally renowned as a historian and an author focusing on Southern Appalachia, and opened the Museum of Appalachia in 1969, watching it grow into a world-renowned facility covering over 60 acres with restored buildings and houses and well over 250,000 artifacts.  The Museum’s mission is to preserve the history of this region and its people and has seen its crowds grow over the decades, from maybe 600 visitors a year in 1969 to tens of thousands of visitors in more recent years.

Mr. Irwin published numerous books on Appalachian life during his lifetime, including what his family says is his most popular work, “Alex Stewart:  Portrait of a Pioneer.”  He oversaw the Museum’s operation up until 2003, when it became a 501(c)3 nonprofit organization, and continued to serve in an advisory role for the next decade, during which time the Museum achieved recognition as a Smithsonian Affiliate institution.

In his obituary, his family notes that John Rice Irwin “dedicated his life to preserving the rich heritage of the people of Southern Appalachia, and nothing would please him more than for that preservation to continue for generations to come. Donations made in memory of John Rice Irwin may be made to the Museum of Appalachia, P.O. Box 1189, Norris, TN 37828.”

A graveside service will be held at Norris Memorial Gardens at 3:30 p.m. on Thursday, January 20.

The procession will leave from Holley Gamble Funeral Home in Clinton at 3:00 p.m. A celebration of the life of John Rice Irwin will be held at the Museum of Appalachia on Sunday, April 24, 2022, at 2:00 pm.

To see the complete obituary announcement, you can visit our website or www.holleygamble.com.

Jim Harris has been WYSH's News & Sports Director since 2000. In addition to reporting local news, he is the play-by-play voice for Clinton High School football, boys' and girls' basketball and baseball. Catch Jim live weekdays beginning at 6:30 am for live local news, sports, weather and traffic plus the Community Bulletin Board, shenanigans with Ron Meredith and more on the Country Club Morning Show on WYSH & WQLA. Jim lives in Clinton with his wife Kelly and daughter Carolina, and cats Oliver, Bow and Libby.
Previous ORCB announces Showcase Concert
Next HS Hoops round-up