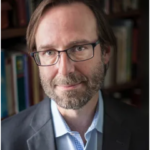 Lunch with the League to focus on redistricting

Jim Harris January 13, 2022 Community Bulletin Board, Local News Comments Off on Lunch with the League to focus on redistricting 106 Views

On Tuesday, January 18, at 12:00 noon, the League of Women Voters of Oak Ridge invites you to another virtual edition of Lunch with the League, featuring Jesse Fox Mayshark, the co-owner, Editor, and Publisher of the Compass (www.compassknox.com) e-newspaper covering Knoxville politics and staff editor for the New York Times News Service.

He will provide an analysis and recap of the redistricting process in Tennessee.

According to the LWVOR newsletter, Tennessee begins 2022 with new legislative districts for both state and local governments, using population information from the 2020 Census. Different levels of government used different processes to accomplish their redistricting, with varying levels of public input. Mayshark will talk about the different ways redistricting was done in Tennessee and its likely impacts on this year’s congressional, state, and local elections.

Mayshark is a veteran reporter and editor who has worked for several publications including The New York Times, Metro Pulse, and the Knoxville News Sentinel. In 2018, he co-founded Compass with fellow reporter Scott Barker, to provide independent coverage of local government and politics in Knoxville and East Tennessee. He also served as communications director to former Knoxville Mayor Madeline Rogero. This has given him the unique opportunity to see how government works from the inside.

Redistricting is described as a major initiative of the League of Women Voters at the national level all the way down to all state Leagues. Voting rights for every eligible voter is a constitutional right–not a privilege, according to the League.

Lunch with the League is open to members and non-members alike. Members and regular attendees will automatically receive the link to the Zoom presentation a few days before. Guests are welcome to participate, and can request a link to the presentation by emailing Mary Ann Reeves at maryannreeves1@att.net.

Jim Harris has been WYSH's News & Sports Director since 2000. In addition to reporting local news, he is the play-by-play voice for Clinton High School football, boys' and girls' basketball and baseball. Catch Jim live weekdays beginning at 6:30 am for live local news, sports, weather and traffic plus the Community Bulletin Board, shenanigans with Ron Meredith and more on the Country Club Morning Show on WYSH. Jim lives in Clinton with his wife Kelly and daughter Carolina, and cats Oliver, Bow and Libby.
Previous GSMNP announces Cades Cove and Laurel Falls Trail pilot project outcomes
Next Blake Edward Moulton, age 31