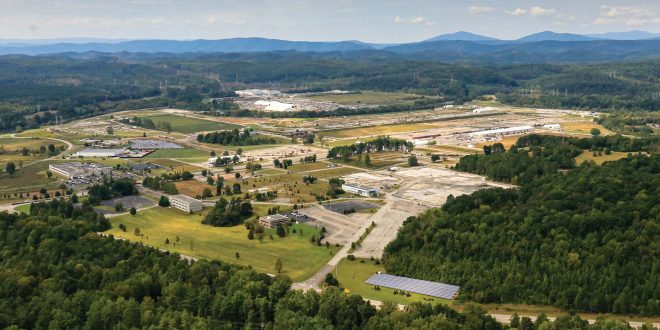 The award honors a group or team of DOE employees and contractors who accomplish significant achievements on behalf of the Department, demonstrating cooperation and teamwork in attaining their goals. The award was given to the Oak Ridge Vision 2020 Project Team based on its achievements from 2020. Watch this video that provides an overview of the project.

“These awards are bestowed on a select group of individuals who have gone above and beyond and whose creativity, drive, and commitment have had [a] significant and lasting impact,” EM Senior Advisor William “Ike” White said. “Their accomplishments clearly demonstrate EM’s vital mission and importance to the communities who host and support our sites.”

The historic feat resulted from Vision 2020, a decades-long effort to clean and transform the former Oak Ridge Gaseous Diffusion Plant, now known as the East Tennessee Technology Park (ETTP). The site originally produced enriched uranium to power weaponry that ended World War II, and it went on to produce uranium for defense and commercial purposes. Those operations continued until the mid-1980s, and the site was shut down permanently in 1987.

The complex’s closure left behind hundreds of contaminated facilities that had to be remediated, demolished and disposed of — among them five massive gaseous diffusion enrichment buildings, including the mile-long K-25 Building.

The Vision 2020 Project Team was selected for the prestigious award for what it accomplished in both scale and performance. Crews deactivated and demolished more than 500 deteriorated and contaminated structures — an area that could cover 225 football fields.

EM and cleanup contractor UCOR completed the herculean effort four years ahead of schedule and $80 million under budget, avoiding $500 million in costs to taxpayers.

The team helped transform ETTP from a liability into a community asset that serves as a multi-use industrial hub, national park, and conservation area.

“We are very thankful and honored to have this outstanding team of DOE and UCOR members recognized by Secretary Granholm,” Oak Ridge Office of EM Acting Manager Laura Wilkerson said. “The magnitude of what these men and women accomplished is truly impressive. Their efforts made history and will benefit the community for many years to come.”

Oak Ridge has transferred nearly 1,300 acres of land at ETTP back to the community for economic development, and it recently signed an agreement with the state of Tennessee to transfer 3,500 acres for conservation and recreational reuse. Additionally, EM and UCOR constructed and opened the K-25 History Center and set aside another 100 acres for historic preservation as part of the Manhattan Project National Historical Park.

Jim Harris has been WYSH's News & Sports Director since 2000. In addition to reporting local news, he is the play-by-play voice for Clinton High School football, boys' and girls' basketball and baseball. Catch Jim live weekdays beginning at 6:30 am for live local news, sports, weather and traffic plus the Community Bulletin Board, shenanigans with Ron Meredith and more on the Country Club Morning Show on WYSH. Jim lives in Clinton with his wife Kelly and daughter Carolina, and cats Oliver, Bow and Libby.
Previous RAM seeking volunteers of all kinds for February clinic
Next Dragons, Lady Dragons see streaks snapped in Knoxville 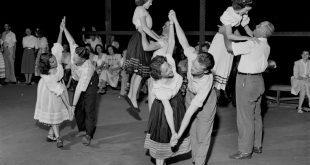 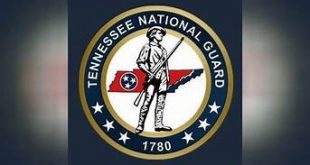 Change in command coming to TNG