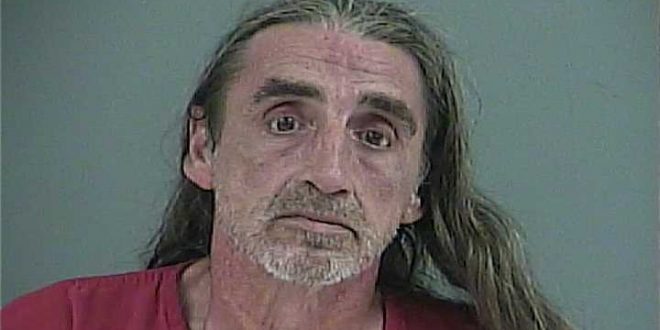 On Monday, Anderson County Seventh District Attorney General Dave Clark announced that his office will seek the death penalty for a man and a woman accused in the gruesome murder of a 36-year-old woman.

The couple has been in custody since their arrest in August of 2020 after police found 36-year-old Jennifer Paxton’s frozen and partly dismembered body at an East Fairview Road home in Oak Ridge. They think she may have been killed around Christmas 2019.  Investigators say that they had lured Paxton to their home with the promise of a place to stay, but when she got there, was held against her will, tortured, raped, and then strangled to death.

Following Paxton’s murder, the couple is accused of cutting off body parts and breaking ligaments and bones in order to put Paxton’s body into a stand-up freezer. Investigators say that when Finnegan knew there would be an investigation, he moved the body from the freezer and hid it under his bed, allegedly cleaning the inside of the freezer to remove evidence.

In making his announcement Monday, Clark explains that a District Attorney General is empowered to seek the death penalty only in certain first-degree murder cases when one or more factors established by state law are alleged to exist.  The two motions filed Monday in Anderson County Criminal Court (one for each defendant) indicate that the DA’s office feels that several aspects of the case meet the criteria and ask the Court to impose the death sentence if they are convicted.

The DA’s office says that the “murder was especially heinous, atrocious or cruel in that it involved torture or serious physical abuse beyond what was necessary to produce death.”  Prosecutors also contend the alleged murder was committed for the “purpose of avoiding or interfering with or preventing arrest or prosecution” for aggravated kidnapping and aggravated rape.  Other factors include that the murder was committed during the commission of aggravated rape and kidnapping and that defendants “knowingly mutilated the body of the victim after death.”

Now that the state has announced its intent to seek the death penalty, some special procedures will go into effect.  First, Dishman and Finnegan will be appointed “death penalty qualified” attorneys, and each will have the opportunity to add a second lawyer to their defense teams.

A status hearing is scheduled for March 4th in Anderson County Criminal Court, but no trial date has been set at this time.  The case will be heard by Knox County Judge Steve Sword after Criminal Court Judge Ryan Spitzer recused himself due to his prior involvement in the case as a prosecutor before his appointment to the bench by Governor Bill Lee.

Last May, an Anderson County grand jury also indicted the two on two counts each of rape of a child eight years old or younger and 18 counts each of especially aggravated sexual exploitation of a minor following an investigation conducted by the Oak Ridge Police Department. Authorities have not released any information about the investigation that led to those charges. We will continue to follow this story for you.

Jim Harris has been WYSH's News & Sports Director since 2000. In addition to reporting local news, he is the play-by-play voice for Clinton High School football, boys' and girls' basketball and baseball. Catch Jim live weekdays beginning at 6:30 am for live local news, sports, weather and traffic plus the Community Bulletin Board, shenanigans with Ron Meredith and more on the Country Club Morning Show on WYSH. Jim lives in Clinton with his wife Kelly and daughter Carolina, and cats Oliver, Bow and Libby.
Previous Donations sought to help ET Stamey as his recovery continues
Next Sara Katherine (Kitty)Hayden, 67, of Clinton