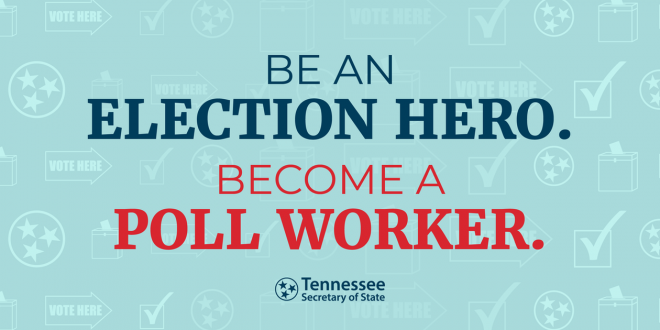 Tennessee Secretary of State Tre Hargett has launched a new statewide campaign, Be an Election Hero. Become a Poll Worker., to encourage Tennesseans to serve their community as poll workers for the 2022 election cycle.

“We cannot run elections in Tennessee without poll workers. They are the most fundamental piece of the process,” said Secretary Hargett. “That is why we are encouraging Tennesseans, especially young adults, to step up to serve their community as poll workers and be the next generation of election heroes for our great state.”

During early voting and on Election Day, poll workers help polling sites in their community run smoothly by conducting various tasks, including greeting voters, answering questions, explaining how to cast a ballot, and counting votes.

Poll workers are paid for working during early voting and on Election Day, as well as for attending required training sessions.

Most Tennesseans are eligible to work as poll workers, regardless of political affiliation. The minimum age to work as a poll worker is 16 years old. Anyone over 18 must be a registered voter in the county they are serving in.

Qualifications to Be a Tennessee Poll Worker:

Government Employees Who Can Serve as Poll Workers:

“It takes thousands of poll workers to help Tennessee’s 95 county election commissions run elections so that voters can confidently cast their ballot and know the election results are secure,” said Coordinator of Elections Mark Goins.

To step up to serve your community as a poll worker, apply now at GoVoteTN.gov.

Jim Harris has been WYSH's News & Sports Director since 2000. In addition to reporting local news, he is the play-by-play voice for Clinton High School football, boys' and girls' basketball and baseball. Catch Jim live weekdays beginning at 6:30 am for live local news, sports, weather and traffic plus the Community Bulletin Board, shenanigans with Ron Meredith and more on the Country Club Morning Show on WYSH & WQLA. Jim lives in Clinton with his wife Kelly and daughter Carolina, and cats Oliver, Bow and Libby.
Previous RAM holding free clinic February 11-13 in Knoxville
Next High school hoops round-up 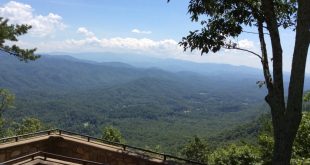