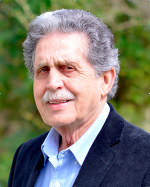 Creasey will not seek re-election in 2022

Jim Harris December 27, 2021 Featured, Local News Comments Off on Creasey will not seek re-election in 2022 205 Views

In a letter to the Oak Ridger newspaper, longtime Anderson County Commissioner Jerry Creasey says that he will not seek re-election to his seat representing Oak Ridge’s District 7 in 2022.

In his letter published December 26th, Commissioner Creasey writes, in part, “I wish to sincerely thank the residents of Oak Ridge and Anderson County for giving me one of the greatest honors of my life, by allowing me to serve on the Anderson County Board of Commissioners.  After conferring with my family and friends, I have decided not to seek re-election in 2022.”

Creasey was first elected to the County Commission in 1990 and has served as both chairman and vice-chairman during his time on the 16-member panel.

Jim Harris has been WYSH's News & Sports Director since 2000. In addition to reporting local news, he is the play-by-play voice for Clinton High School football, boys' and girls' basketball and baseball. Catch Jim live weekdays beginning at 6:30 am for live local news, sports, weather and traffic plus the Community Bulletin Board, shenanigans with Ron Meredith and more on the Country Club Morning Show on WYSH. Jim lives in Clinton with his wife Kelly and daughter Carolina, and cats Oliver, Bow and Libby.
Previous Dragons in FL, Lady Dragons in Harriman this week
Next DAR Scholarships available