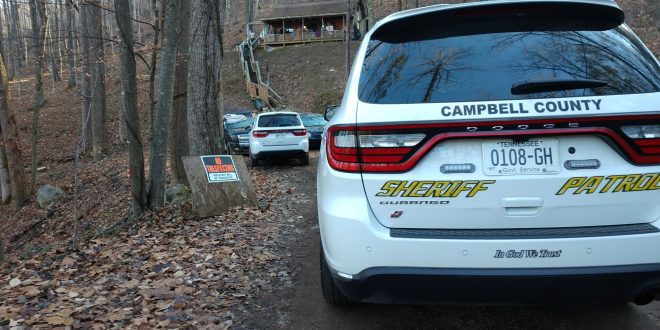 Last week, deputies with the Campbell County Sheriff’s Office conducted a raid at a home on White Oak Lane in Caryville after an undercover investigation.  Deputies say they conducted the raid after an investigation that included “several undercover narcotic purchases” from an individual identified as Mitchell Callan.

Deputies say they encountered several people inside the home when they executed the search warrant, including Callan.  Deputies also say they located substances believed to be meth and Adderall, as well as a white powdery substance Callan reportedly admitted that “he used to cut other narcotics with.”

Arrests were made and drugs were seized during the raid, which reportedly went off incident-free.

Jim Harris has been WYSH's News & Sports Director since 2000. In addition to reporting local news, he is the play-by-play voice for Clinton High School football, boys' and girls' basketball and baseball. Catch Jim live weekdays beginning at 6:30 am for live local news, sports, weather and traffic plus the Community Bulletin Board, shenanigans with Ron Meredith and more on the Country Club Morning Show on WYSH. Jim lives in Clinton with his wife Kelly and daughter Carolina, and cats Oliver, Bow and Libby.
Previous Suspects lead authorities in two counties on chase in a U-Haul
Next Dragons in FL, Lady Dragons in Harriman this week