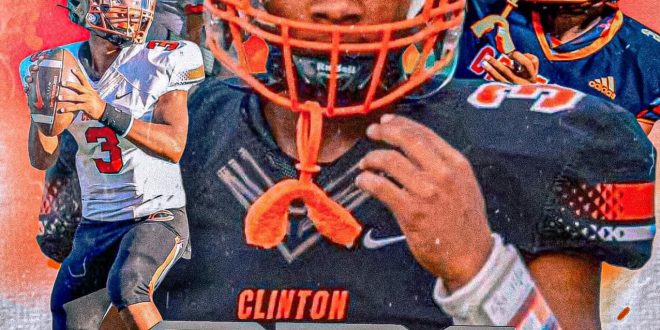 Clinton High School sophomore quarterback Josh Keith was named winner of the WATE-TV “Friday Night Frenzy Player of the Year Award,” as voted on by fans in an online poll.

Keith, in his second year as a starter, completed 62% of his passes for 1,743 yards and nine touchdowns, against just four interceptions. He also rushed for 137 yards and scored three times on the ground.

The Dragons finished their season with their first winning record since 2014 at 6-4 but missed out on the TSSAA 5A playoffs.

According to the TV station, after completion of the regular season, Josh was one of 14 nominees for player of the year.

He received 30,447 votes to beat out Farragut’s Trace Corum (29,613) and Maryville’s Markel Fortenberry (28,093), earning the award.  Both of the runners-up are wide receivers and will face off Friday night in a 3rd-round 6A playoff match-up at Maryville.

In typical Josh Keith fashion, though, the sophomore credited his teammates for the award and thanked all of the Clinton fans who voted.

Jim Harris has been WYSH's News & Sports Director since 2000. In addition to reporting local news, he is the play-by-play voice for Clinton High School football, boys' and girls' basketball and baseball. Catch Jim live weekdays beginning at 6:30 am for live local news, sports, weather and traffic plus the Community Bulletin Board, shenanigans with Ron Meredith and more on the Country Club Morning Show on WYSH. Jim lives in Clinton with his wife Kelly and daughter Carolina, and cats Oliver, Bow and Libby.
Previous Clinton Council meets Nov. 22 at 6:30 pm
Next Registration open for Oak Ridge Recreation & Parks Department winter leagues 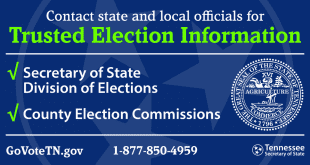 (Secretary of State press release) As Tennesseans prepare to cast their ballot in the Nov. …