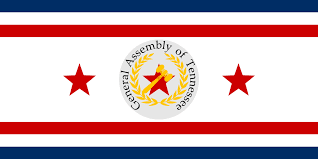 Lt. Gov. Randy McNally and Speaker of the State House of Representatives Cameron Sexton called for a special session of the General Assembly on Tuesday to discuss what they described as “overreaching health care mandates,” and other COVID-19 issues.

McNally, who represents Oak Ridge in the State Senate, said, “The Covid-19 crisis, and how various institutions have adapted and reacted to it, has created new and unique legislative challenges.”

McNally further described the special session as an “opportunity to make the General Assembly’s voice heard on issues regarding masks, vaccines, executive power, and federal mandates.”

More than two-thirds of both chambers endorsed calling the special session, which is expected to focus on legislation on any mandates issued by the federal government and restrictions on monoclonal antibodies.

The call will bring both the State House of Representatives and Senate back into session Wednesday October 27th.

Jim Harris has been WYSH's News & Sports Director since 2000. In addition to reporting local news, he is the play-by-play voice for Clinton High School football, boys' and girls' basketball and baseball. Catch Jim live weekdays beginning at 6:30 am for live local news, sports, weather and traffic plus the Community Bulletin Board, shenanigans with Ron Meredith and more on the Country Club Morning Show on WYSH. Jim lives in Clinton with his wife Kelly and daughter Carolina, and cats Oliver, Bow and Libby.
Previous Flu, COVID vaccines available during Saturday event
Next CCHS assistant principal suspended amid investigation