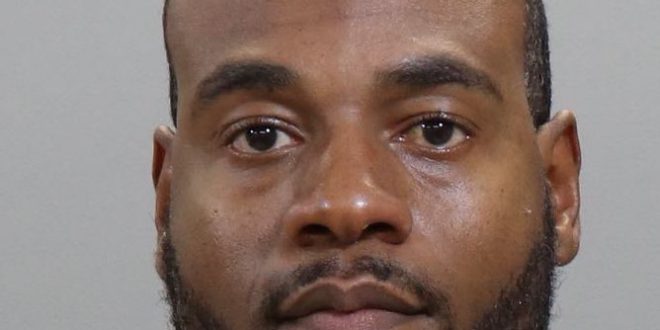 A former officer with both the Oak Ridge and Knoxville Police Departments was recently indicted by a Knox County grand jury on charges related to several sex crimes.

36-year-old Cassen Jackson-Garrison is charged with sexual battery by an authority figure, rape, assault, solicitation of a minor, sexual activity involving a minor, and distribution of material to minors. He will be arraigned on those charges on October 25th.

Knoxville Police say they began investigating allegations against Jackson-Garrison in September involving two separate juveniles and presented evidence to the grand jury last week.  After he was indicted on a total of 14 counts, he was arrested on October 8th and booked into the Knox County Jail.

You may recall that Jackson-Garrison was previously charged with aggravated statutory rape and official misconduct in May 2016, after the Tennessee Bureau of Investigation received a complaint that he was having an inappropriate relationship with a minor in 2015 while employed as an officer with the Oak Ridge Police Department. He was fired from the ORPD in August of 2015. Previously, he had worked for the Knoxville PD before leaving that job in 2011.

As part of a plea agreement in that case Jackson-Garrison surrendered his police certification and served two years of probation. Charges against him were dismissed in July 2021, according to our partners at Oak Ridge Today after completing his probation.

Jackson-Garrison was an outstanding high school football player, winning Mr. Football at Central High School, before playing running back at Vanderbilt from 2004 to 2008.

As of this morning, he remained in custody in Knox County on bonds totaling $100,000 and will be required to wear a monitoring device if he is released before trial.

Police said the investigation is still ongoing. They said that it is possible victims may be involved who are unknown to authorities. Anyone who has been a victim of this crime, or similar crimes, should reach out to the Special Crimes Unit at (865) 215-6820.

Jim Harris has been WYSH's News & Sports Director since 2000. In addition to reporting local news, he is the play-by-play voice for Clinton High School football, boys' and girls' basketball and baseball. Catch Jim live weekdays beginning at 6:30 am for live local news, sports, weather and traffic plus the Community Bulletin Board, shenanigans with Ron Meredith and more on the Country Club Morning Show on WYSH & WQLA. Jim lives in Clinton with his wife Kelly and daughter Carolina, and cats Oliver, Bow and Libby.
Previous Windrock Park seeking volunteers for Bigfoot Blast
Next MCLinc steps up (again) to sponsor Street Painting Festival