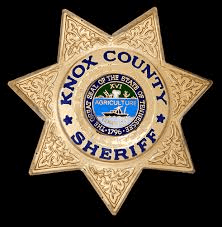 A Clinton man is facing numerous charges after an altercation with Knox County Sheriff’s deputies on Saturday.

According to the Knox County Sheriff’s Office, 35-year-old Franklin Eugene Brown was walking around with a gun on Saturday at around 6:45 p.m. in the Cedar Bluff area.

When deputies made contact with him, he fled on foot, and when they caught up to him, he fought with them.

The arrest report also states Brown had a pistol in his waistband, which he reportedly tried to reach for during the fight.

Brown was charged with two counts of aggravated assault on police officers with a gun, resisting arrest, fleeing and possession of a handgun during commission of a felony.

Jim Harris has been WYSH's News & Sports Director since 2000. In addition to reporting local news, he is the play-by-play voice for Clinton High School football, boys' and girls' basketball and baseball. Catch Jim live weekdays beginning at 6:30 am for live local news, sports, weather and traffic plus the Community Bulletin Board, shenanigans with Ron Meredith and more on the Country Club Morning Show on WYSH & WQLA. Jim lives in Clinton with his wife Kelly and daughter Carolina, and cats Oliver, Bow and Libby.
Previous “Slow Down Tennessee” launches Friday
Next HSFB polls released