(NASCAR.com)  His .381-second win in the No. 9 JR Motorsports Chevrolet over hard-charging Kaulig Racing driver Justin Haley gives him a two-race winning streak heading into next week’s regular-season finale at Bristol (Tenn.) Motor Speedway, where the 12-driver playoff field will be set.

Brandon Brown and cousins Harrison Burton and Jeb Burton rounded out the top 10.

NASCAR Hall of Fame driver Dale Earnhardt Jr., a four-time winner of this race, finished 14th in his only NASCAR start of the season. He was running among the top 10 but was called for a pit-road speeding penalty on a late-race pit stop. He still got to celebrate in Victory Lane, however, as one of Gragson’s team owners.

Jim Harris has been WYSH's News & Sports Director since 2000. In addition to reporting local news, he is the play-by-play voice for Clinton High School football, boys' and girls' basketball and baseball. Catch Jim live weekdays beginning at 6:30 am for live local news, sports, weather and traffic plus the Community Bulletin Board, shenanigans with Ron Meredith and more on the Country Club Morning Show on WYSH & WQLA. Jim lives in Clinton with his wife Kelly and daughter Carolina, and cats Oliver, Bow and Libby.
Previous Berge tapped to lead ORPW
Next NCS: Truex dominates after early penalty, moves on in playoffs 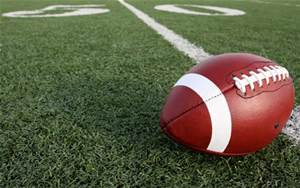 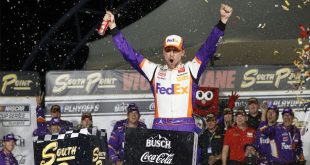