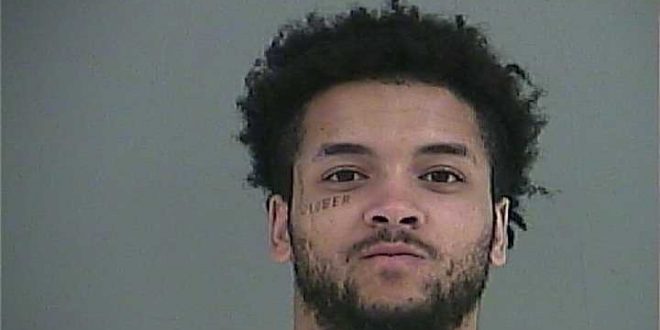 Last week, a traffic stop in Clinton led to the recovery of a vehicle stolen in Knoxville, and the arrest of one man.

Officer Scott Gregory reported seeing a black Hyundai Elantra headed east on Seivers Boulevard shortly before 1:30 pm traveling “in excess of the [posted 45-mile per hour] speed limit.”  Noting that the road was wet at the time, Gregory reported seeing the car heavily brake as it went around a curve.  After a check with Dispatch of the car’s license plate, Gregory determined that the car had been reported stolen earlier in the day in the city of Knoxville, and initiated a traffic stop in the 300 block of Clinch Avenue.

Gregory spoke with the driver, identified as 21-year-old Troy Burchfield III of Knoxville, who admitted to knowing that the car was stolen because “he was the one who stole it.”  As he was being taken into custody, a loaded Ruger LCP was found in his pocket.

Burchfield was charged with motor vehicle theft, possession of a firearm in the commission of a crime, and driving without a license and taken to the Anderson County Jail without incident.

Clinton Police notified their Knoxville counterparts and the car’s owner, who made arrangements to pick it up from the impound lot.

Jim Harris has been WYSH's News & Sports Director since 2000. In addition to reporting local news, he is the play-by-play voice for Clinton High School football, boys' and girls' basketball and baseball. Catch Jim live weekdays beginning at 6:30 am for live local news, sports, weather and traffic plus the Community Bulletin Board, shenanigans with Ron Meredith and more on the Country Club Morning Show on WYSH & WQLA. Jim lives in Clinton with his wife Kelly and daughter Carolina, and cats Oliver, Bow and Libby.
Previous State officials to award grants in Clinton, LaFollette, Scott
Next High School football polls for week 6