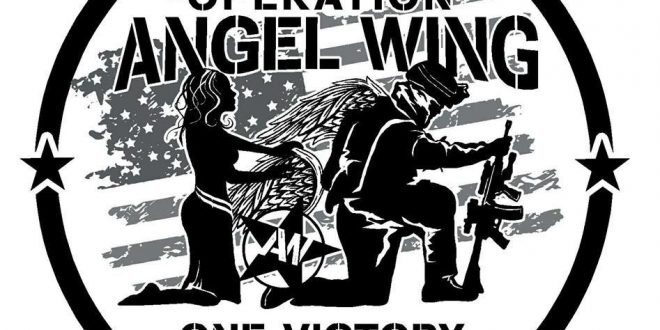 (AC Mayor’s Office press release)  Anderson County Sheriff Russell Barker will be recognized this weekend as the 2021 First Responder of the Year by the non-profit organization Operation Angel Wing.

Sheriff Barker will accept the award at the 6th Annual George H. Neeley Veterans Memorial Fundraiser, scheduled for Saturday, October 2, at Big Ridge State Park. The event will be co-hosted by Andersonville United Methodist Church, an active partner in Operation Angel Wing’s programs to assist veterans and first responders and their families with the effects of Post-Traumatic Stress.

Saturday’s fundraising event will begin at 11:30 am and will feature live music by Zeke Vanderpool, veteran and co-founder of Operation Angel Wings. Food provided by Gipps Mill & Deli will be available at 12:30 pm, and a live auction will start at 1:30 p.m. At 2 p.m., there will be remarks from the organization’s leaders and Anderson County Mayor Terry Frank will introduce Sheriff Barker. Other honorees will include Robin Kyek and James Davenport.

Operation Angel Wing is an organization that works as a liaison specifically targeting the individual needs of American veterans/first responders and their families suffering from the effects of Post-Traumatic Stress as a direct result of their service.

“Out of eighteen thousand law enforcement agencies in the United States to introduce the proactive concepts of Peer Advocacy within their agency, only five percent have been inducted. Sheriff Barker’s concern and take action mentality to introduce Operation Angel Wing’s Peer Advocacy Training and Support Program in his agency has catapulted him to the frontline in regards to battling our nation’s mental and behavioral health crisis,” OPAW’s Mary Millsaps said in a news release.

The public is invited to attend this fundraising event free of charge. But there will be a $7.00 ticket cost for food.

Jim Harris has been WYSH's News & Sports Director since 2000. In addition to reporting local news, he is the play-by-play voice for Clinton High School football, boys' and girls' basketball and baseball. Catch Jim live weekdays beginning at 6:30 am for live local news, sports, weather and traffic plus the Community Bulletin Board, shenanigans with Ron Meredith and more on the Country Club Morning Show on WYSH & WQLA. Jim lives in Clinton with his wife Kelly and daughter Carolina, and cats Oliver, Bow and Libby.
Previous James Dennie Worthington, 102
Next Lynch announces Circuit Court Clerk collections increase for the third year in a row