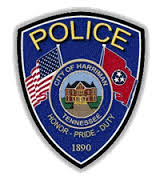 A man was struck and killed by a train Monday morning in Harriman.

As first reported by our partners at BBB-TV, a train crew called 911 shortly after 8 am and told dispatchers that someone had been hit by the train near the I-40 overpass crossing over the train tracks and Highway 27 in South Harriman.

Harriman Police and Fire units were first on the scene and found the body of a man lying near the tracks just south of the bridge.  The victim’s name had not been released as of the time this report was filed, but is expected to be announced pending notification of next-of-kin.

Jim Harris has been WYSH's News & Sports Director since 2000. In addition to reporting local news, he is the play-by-play voice for Clinton High School football, boys' and girls' basketball and baseball. Catch Jim live weekdays beginning at 6:30 am for live local news, sports, weather and traffic plus the Community Bulletin Board, shenanigans with Ron Meredith and more on the Country Club Morning Show on WYSH & WQLA. Jim lives in Clinton with his wife Kelly and daughter Carolina, and cats Oliver, Bow and Libby.
Previous HSFB polls after Week 5
Next Grants conference to feature teleconferencing option