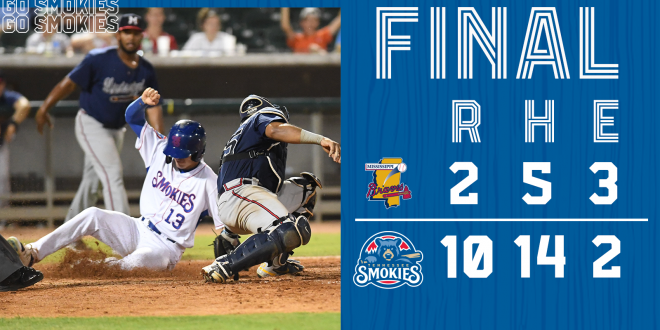 Mississippi (39-24) took the lead two pitches into the game as Greyson Jenista singled and Trey Harris doubled to bring him home. The Braves would add one more run in the inning when RHP Peyton Remy hit Carlos Martinez with the bases loaded.

The Smokies answered in the bottom half of the first inning, scoring four runs to take an early lead. Carlos Sepulveda singled and Brennen Davis walked. Jared Young drove Sepulveda in with a single and Chase Strumpf provided the big swing of the inning, homering to right field to give the Smokies a 4-2 lead.

The Smokies extended their lead to 6-2 in the sixth inning. Darius Hill reached base on a fielder’s choice and Brennen Davis walked with one out. Young provided the big hit in the inning, singling to right field to score Hill, Davis also scored on the play on an error.

The Smokies sent ten to the plate and added four runs of additional insurance in the eighth inning. Zach Davis led off the inning with a home run to right field, his first since 2018. Young and Nelson Maldonado both had RBI singles in the eighth. Young scored the Smokies’ final run on a throwing error.

Young continued his hot hitting, finishing 4-for-5 with three RBI. Brennen Davis, Zach Davis, and Edwin Figuera all had two hits. Strumpf’s three-run home run in the first was his fourth of the season.

The Smokies will try and even up their series with the M-Braves on Friday night at Smokies Stadium. First pitch between LHP Luis Lugo (2-3, 5.29) and RHP Bryce Elder (2-0, 2.81) is scheduled for 7 PM. Fans can hear all Smokies games by going to https://www.milb.com/tennessee/fans/audio-listen-live.

Friday night at Smokies Stadium is Princesses in the Park Night. There will also be a post game fireworks show presented by Pepsi and Coors Light. Tickets for the remainder of the M-Braves series are available and can be purchased online, over the phone, or by visiting the box office.

Jim Harris has been WYSH's News & Sports Director since 2000. In addition to reporting local news, he is the play-by-play voice for Clinton High School football, boys' and girls' basketball and baseball. Catch Jim live weekdays beginning at 6:30 am for live local news, sports, weather and traffic plus the Community Bulletin Board, shenanigans with Ron Meredith and more on the Country Club Morning Show on WYSH. Jim lives in Clinton with his wife Kelly and daughter Carolina, and cats Oliver, Bow and Libby.
Previous Three arrested on drug charges in Harriman
Next State unemployment rate falls under 5% 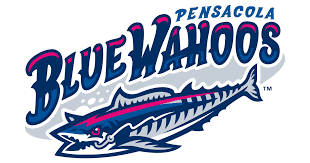