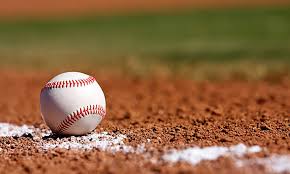 The 23-32 Smokies have won back-to-back road games for the first time this season. Down 2-1 in the fifth, Christopher Morel hit a three run home run to give the Smokies their first lead, a lead they would not give back.

RHP Javier Assad (W, 2-3) retired the first two Lookouts before running into trouble in the first. After back-to-back two-out singles, T.J. Hopkins hit a two-run double to give Chattanooga the lead. Assad would settle down after the first. He earned the win for the second straight start, allowing two runs on six hits with four strikeouts in five innings.

Curlis retired the first two Smokies in order in the fifth then gave up a double to Zach Davis and walked Carlos Sepulveda. Morel followed with a two-out, three-run home run off Curlis, his team-leading 10th, to give the Smokies a 4-2 lead. In the sixth, Brennen Davis provided the Smokies with an insurance run after hitting a solo home run off Curlis, his fourth of the season.

LHP Luis Lugo retired all nine Lookouts (32-24) he faced with three strikeouts. RHP Cayne Ueckert (SV, 4) worked himself into and out of trouble in the ninth before recording his fourth save. After striking out the first two hitters, Ueckert walked one and hit one before getting pinch-hitter Chuckie Robinson to ground out to end the game.

The Smokies and Lookouts continue their series Friday night at AT&T Field. First pitch between RHP Peyton Remy (0-2, 4.67) and RHP Ricky Salinas (3-2, 4.19) is scheduled for 7:15 PM. Fans can hear all Smokies games by going to https://www.milb.com/tennessee/fans/audio-listen-live.

The Smokies return home on Tuesday July 13 to begin a six game series with the Mississippi Braves. Tickets are available and can be purchased online, over the phone, or by visiting the box office.

Jim Harris has been WYSH's News & Sports Director since 2000. In addition to reporting local news, he is the play-by-play voice for Clinton High School football, boys' and girls' basketball and baseball. Catch Jim live weekdays beginning at 6:20 am for live local news, sports, weather and traffic plus the Community Bulletin Board, shenanigans with Ron Meredith and more on the Country Club Morning Show on WYSH & WQLA. Jim lives in Clinton with his wife Kelly and daughter Carolina, his mother-in-law and cats Lucius and Oliver.
Previous 5 applicants to replace Elledge to be considered next week
Next Tuck to challenge Miller for seat as General Sessions, Division II Judge