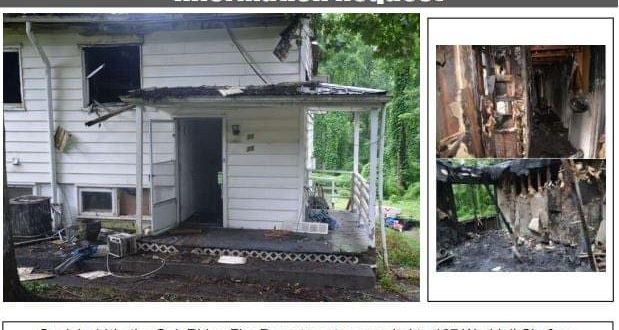 Oak Ridge Police are asking for the public’s help as it investigates a recent residential fire that officials now say was an act of arson.

According to the ORPD, on July 11th the Fire Department responded to 167 Waddell Circl on a report of a residential fire at a quad-plex. Fire officials later determined the fire was intentionally set, and police investigators were called in to assist with the investigation.

Police say while there are several persons of interest who have been identified throughout the investigation, detectives are requesting anyone who has any information regarding the incident to please come forward to help them identify those responsible for the fire.

People can contact Detective Sergeant Moore by phone at (865) 425-3517, or by filling out the ORPD “Submit a Crime Tip” form here.

Jim Harris has been WYSH's News & Sports Director since 2000. In addition to reporting local news, he is the play-by-play voice for Clinton High School football, boys' and girls' basketball and baseball. Catch Jim live weekdays beginning at 6:20 am for live local news, sports, weather and traffic plus the Community Bulletin Board, shenanigans with Ron Meredith and more on the Country Club Morning Show on WYSH & WQLA. Jim lives in Clinton with his wife Kelly and daughter Carolina, his mother-in-law and cats Lucius and Oliver.
Previous BBB: Pair arrested after search
Next Little Ponderosa welcomes Slick to the family