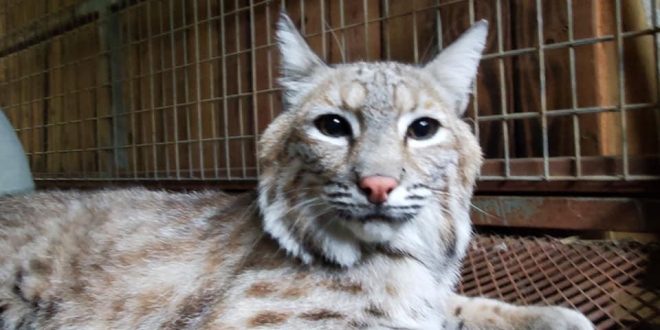 The Little Ponderosa Zoo and Rescue has a new resident, as officials announced this week that Slick, the Bobcat, has moved in.

In a social media post, the zoo said that Slick was surrendered by his previous owner, who they were quick to point out took excellent care of Slick before his arrival in Clinton. Slick’s previous, private owner surrendered him to spend the rest of his life at the Zoo and Rescue.

An enclosure will be built specifically for Slick.

Bobcats are native to North America but are very reclusive and not easily spotted..

Jim Harris has been WYSH's News & Sports Director since 2000. In addition to reporting local news, he is the play-by-play voice for Clinton High School football, boys' and girls' basketball and baseball. Catch Jim live weekdays beginning at 6:20 am for live local news, sports, weather and traffic plus the Community Bulletin Board, shenanigans with Ron Meredith and more on the Country Club Morning Show on WYSH & WQLA. Jim lives in Clinton with his wife Kelly and daughter Carolina, his mother-in-law and cats Lucius and Oliver.
Previous ORPD, ORFD seek information on arson fire
Next Ribbon cut on CES expansion