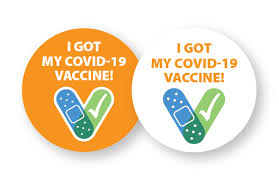 The statement was issued Wednesday by State Senator Kerry Roberts, of Springfield, and State Representative John Ragan, of Oak Ridge, prior to yesterday’s meeting of the Joint Government Operations Committee’s Rule Review Committee.

The statement indicates that the state backong off of a decades-old provision about children’s vaccination rights, an issue that led to the firing last week of Tennessee’s top vaccine official. A 1980s-era policy adopted by the state legislature allowed children ages 14 and up and receive a vaccination without their parents’ consent. That vaccine official, Dr. Michelle Fiscus, was fired after controversy arose stemming from her reply to vaccine providers about the “Mature Minor Doctrine,” which under state law allows children 14 years and older to receive any type of vaccine without their parents’ consent. That provision was created by the General Assembly in 1987 and the Tennesseean newspaper reports that the description of this legal mechanism had been on the Health Department’s website since at least 2008.

During the committee’s June 16 meeting, at least one Republican legislator suggested dissolving the Tennessee Department of Health, citing what they called the department’s “targeting” vaccines at children.

Since that meeting, not only has Dr. Fiscus been terminated, the Department of Health has scaled back it’s outreach about any and all vaccines.

Roberts and Ragan said they received the assurances after the June meeting in which Republicans on their legislative committee criticized the state’s outreach on COVID-19 shots for eligible minors. In a statement released following Wednesday’s meeting, Roberts reiterated the main two concerns of some committee members, namely that the COVID-19 vaccine was being marketed to minors and administered without parental consent.

“We have not discouraged Tennesseans from being vaccinated nor have we discouraged Tennesseans from having their children vaccinated,” Roberts continued in the statement. “Further, it has been widely misrepresented that all children’s vaccines have come to a halt. To be absolutely clear, Tennessee’s efforts on childhood vaccinations are unchanged. The only exception is administering a COVID-19 vaccination without parental consent.”

During a meeting last month, Health Commissioner Dr. Lisa Piercey and other officials confirmed that it is not the policy of the Tennessee Departments of Health and Education, or the state’s 89 county health departments to administer the COVID-19 vaccine to children without parental consent.

Jim Harris has been WYSH's News & Sports Director since 2000. In addition to reporting local news, he is the play-by-play voice for Clinton High School football, boys' and girls' basketball and baseball. Catch Jim live weekdays beginning at 6:20 am for live local news, sports, weather and traffic plus the Community Bulletin Board, shenanigans with Ron Meredith and more on the Country Club Morning Show on WYSH & WQLA. Jim lives in Clinton with his wife Kelly and daughter Carolina, his mother-in-law and cats Lucius and Oliver.
Previous Darrell Eugene Roberts, age 60, of Kingston
Next Davis, Morel each homer twice in Smokies’ 12-8 win