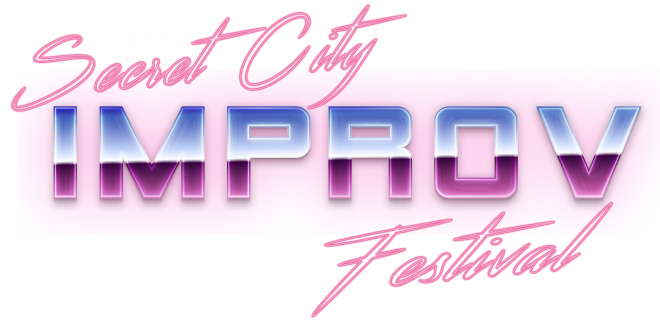 (Submitted) The first Secret City Improv Festival is to be held September 24 and 25, at the Historic Grove Theater in Oak Ridge, TN. Two rounds of submissions make up the qualification process for the Secret City Improv Festival. The Priority Consideration period concluded on Friday, July 16, 2021. Final Submission will conclude on August 13, 2021. We are excited to announce the first 16 teams that have been selected for the 2021 Festival.

The selection of teams features a diverse lineup of styles, team size, and show format. The selections include both local improv teams, and teams representing 9 other states. There will be no shortage of variety on both festival stages. Every team selected will be featured on our main stage. Our secondary stage will host the first Rocky Top Improv Tournament, special festival only teams, and second sets for the festival participants

In addition, we will also be hosting a series of 5 workshops at the festival. We are proud to announce that the workshops will be taught by veteran improv teachers including Paul Simmons (Einstein Simplified, Knoxville), Josh Warren (Action Show, Atlanta, GA), Ian Covell (Josh and Ian, Atlanta, GA), and Chris Barry (Four First Names, Orlando, FL). Our fifth workshop will be announced in the very near future.

What you can expect to see at the Secret City Improv Festival.

● Affordable ticketing options that include Friday or Saturday only shows and Weekend Passes. Tickets go on sale August 23.

● 5 Workshops open for all experience levels

The Secret City Improv Festival will be held at the Grove Theater located at 123 Randolph Rd, Oak Ridge, TN 37830. Ticket pricing for day and weekend passes will be announced when tickets go on Sale, August 23. For more information and updates about the Secret City Improv Festival you can check the website at www.secretcityimprovfestival.com and follow us on Facebook, Instagram, and Twitter.

The Secret City Improv Festival is also seeking additional sponsorship from local businesses and organizations. We are also accepting donations to help support the operations of our festival. All of that information can easily be found on our website at www.secretcityimprovfestival.com.

Jim Harris has been WYSH's News & Sports Director since 2000. In addition to reporting local news, he is the play-by-play voice for Clinton High School football, boys' and girls' basketball and baseball. Catch Jim live weekdays beginning at 6:30 am for live local news, sports, weather and traffic plus the Community Bulletin Board, shenanigans with Ron Meredith and more on the Country Club Morning Show on WYSH. Jim lives in Clinton with his wife Kelly and daughter Carolina, and cats Oliver, Bow and Libby.
Previous Roane State announces Parent and Family Connection Receptions
Next NPS seeking input on Laurel Falls Trail Congestion Management Pilot Project